There comes a time in every woman’s life when she realises it sucks to be female. For Mara Altman, a New York City journalist and stand-up comedian, it might have been when the other girls in her eighth-grade P.E. class expressed disgust at her unshaven legs. Or maybe it was when the cute waiter at a Mexican restaurant complimented her on her moustache, or a homeless man commented loudly on her camel toe.

The female body has been a source of deep embarrassment for Altman, but in her new book, Gross Anatomy, she swaps shame for self-deprecating silliness and cringing for chuckling. I’ve been a freelance writer for five years now and have started to experience the downsides of desk work – like a loss of muscle tone and off-and-on haemorrhoids from all the sitting – so I looked to Altman as a kindred spirit, one who understands that it’s often more comfortable to live in our minds than in these flawed bodies.

Through a snappy blend of personal anecdotes and intensive research, she exposes the cultural expectations that make us dislike our bodies, suggesting that a better knowledge of anatomy might help us feel normal. This book arose out of a successful Kindle single, “Bearded Lady.” Altman has long been ashamed of having body hair, and of going to great lengths to remove it. For years she underwent expensive, and ultimately futile, laser treatments for facial hair. A gynaecologist reassured her that her hairiness wasn’t unusual given her Eastern European Jewish ancestry.

So why did she still feel compelled to eliminate rogue hairs? To find out, Altman consulted a magazine beauty editor and a salon owner, as well as a cluster of sociology, anthropology and gender studies professors. Hairlessness for women is part of a youthful image, the academics explained, but it’s also a subjective cultural norm – such a powerful one that, if you dare flout it, you’ll get “a taste of what it’s like to be queer, be fat, or have disabilities.” That might explain why I dream more frequently than I’d like about my stubbly legs and armpits being exposed during a crisis. It’s such a hang-up that when I broke my foot in graduate school, I hobbled home to shave that leg before I called a friend for a ride to hospital.

Cultural standards, reinforced by brand marketing, are also to blame for our reliance on antiperspirants and vaginal douches, Altman discovered. Early-1900s advertisers created anxiety around natural body odours. There’s nothing inherently bad about the smell of sweat and the female genitals, she learned, but we’re conditioned to think otherwise. Moreover, we simply don’t like being reminded that we’re mortal and can’t control our bodies. Yet if we can accept our faults, we may be less likely to judge others. (Oh, the hypocrisy of me silently looking down on other women for their stray greys and wonky teeth because I hate my own!)

Whether she’s spending her Japanese honeymoon fighting off head lice or getting a pelvic massage at a women’s retreat, Altman is a witty and cheeky tour guide to a range of body issues. She’s also illustrated this book herself, with whimsical black-and-white cartoons. One could quibble with her inclusions, of course. Acne strikes me as a glaring omission; my personal list of aversions would also include flatulence and toes. If Altman were British, oral hygiene would undoubtedly be a major topic. But the principle holds: take a body issue, research it thoroughly, ask experts why it happens, and you’ll be better able to cope.

The moment I felt fed up with being female was when, after 14 months of recurrent thrush that barely responded to pessaries and antifungal pills, I asked my GP what I was doing wrong. She shrugged; “It’s just part of being a girl!” For someone who’d had an itchy crotch for over a year, that seemed patronising, but I understand now. What she was saying was: “You’re normal. This happens.”

That’s the same message you’ll take away from Gross Anatomy, one of my favourite books of the year and one I’d recommend to women of any age. It’s funny, it’s feminist, and it’s a cracking good read. 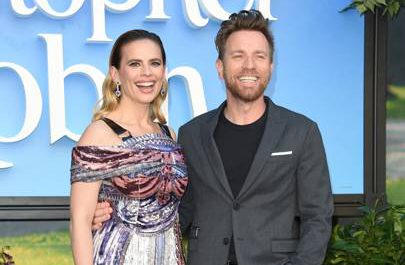