To put it frankly, a hard seltzer is essentially flavoured sparkling water with a sizeable hit of alcohol in it. Delish. We can thank the Americans for introducing us to the beverage – they’re renowned for their love of hard seltzers, and particularly ones from the brand White Claw.

While the drink has long been a ‘thing’ across the pond – whereas launches of hard seltzers in the UK only got going in 2020 – we’re more than happy to play catch-up.
Seeing as we’ve been all over the alcohol delivery services and beer subscriptions recently, we were kind of shook when we discovered a drink we’d never heard of before. Hard seltzers have shot to fame as of late thanks to their grab-and-go ease (everyone loves a tinny) and their scrumptious flavours.

Alcohol makes a picnic and, as our love of a good old-fashioned gathering in the park has been reignited tenfold (hence why we’ve been stocking up on picnic blankets and picnic sets), bringing a crate of cans is the most effortless way to get the party going. It’s certainly easier than bringing a bottle of flavoured gin or natural wine – the clanking around of glass in your bag on the tube is not the one. 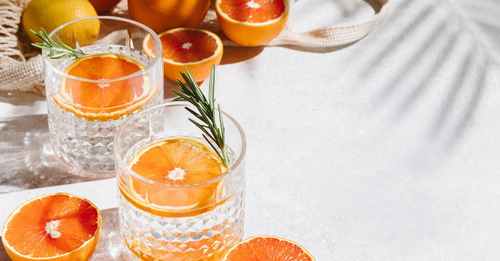 What kind of alcohol is hard seltzer?

Most seltzers are made with spirits such as vodka and range between 4-6% alcohol by volume (or ABV), which is about the same as a light beer. Some can be as high as 12% ABV, which is the rough equivalent of a standard serving of wine. Not quite a cocktail but not an alco-pop either (which is a soft drink like Coca Cola mixed with a spirit), hard seltzers are a ‘healthier’ alternative in terms of their low sugar content.

To give hard seltzers a proper trial, we recommend going for something like this Clean Press variety pack from Brewdog, or this Wild Spring pack from Selfridges.

With flavours such as peach, mango, cherry and raspberry on offer, you’re bound to find one you’ll love and return to time and time again. Even if you’re a hard seltzer veteran there’s surely a flavour you’ve not tried yet.

If you prefer beer to spirits, why not combine the two with Bud Light’s Seltzers? The passion fruit flavour will disguise the strong taste of vodka and leave you feeling refreshed. Or, take a leaf out of the USA’s book and go for White Claw – they sure seem to know their stuff when it comes to seltzers.