2020 was been a pretty turbulent year for the royal family. In March 2020, Prince Harry and Meghan Markle made their last public appearance as working members of the royal family and moved over the pond.

Around the same time, Prince Charles contracted Coronavirus and the Queen decamped for Windsor Castle amid growing concern for her welfare.

In celebration of Kate Middleton’s 39th birthday, we take a look back at how the Duchess of Cambridge came into her own in 2020 and really supported the nation at a time when we needed it most.

From raising vital mental health awareness to supporting the vulnerable during the pandemic, here’s why we’re crowning Kate the Queen of 2020 and can’t wait to see how she dominates 2021…

She stepped up during a very rocky time for the royals

That left the Duke and Duchess of Cambridge to support the country during an increasing time of crisis. They uplifted the nation by sharing snaps of their children on social media, shared personal insights into how they’re coping in their personal lives, clapped for the NHS outside their Norfolk home, made radio broadcasts about mental health, raised awareness of various initiatives and charities via Zoom, made socially distanced visits to NHS workers and independent businesses.

K-Mids stepped up when the monarchy – and the country – needed her the most.

She found homeschooling stressful just like the rest of us

Many parents had to take on the role of part-time teacher during the first lockdown, as well as find a way to juggle WFH and their other day-to-day tasks. Naturally, it was incredibly stressful and demanding – and the Queen-to-be was no exception.

In an April interview with the BBC, Kate revealed that she and her family had faced ‘ups and downs’ during lockdown ‘like lots of families’, but that homeschooling their children –  Prince George, Princess Charlotte and Prince Louis – was particularly ‘challenging’.

“We don’t tell the children we’ve actually kept going through the holidays. I feel very mean,” she said. 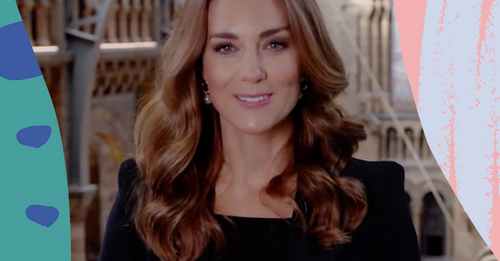 “The children have got such stamina. I don’t know how… It’s amazing how much you can cram into one day.”

She looked after the elderly during the pandemic

In April, the Duke and Duchess, alongside their children, visited the Sandringham Estate where they packed up and delivered parcels of homemade food to isolated pensioners in the local area.

Kate captured an adorable snap, below, of William, George, and Charlotte, and shared it to the Kensington Royal Instagram page.

…And the young, too

Kate did a lot during the crisis to help young people across the country. In August, she headed a donation drive to benefit baby banks nationwide, including Little Village, which spurred over 10,000 donations from Marks Spencer, Tesco, John Lewis Partners, and Sainsbury’s.

She supported an initiative to aid childhood development

In fact, supporting children has always been at the heart of Kate’s charitable endeavours. In July, she helped launch the BBC’s ‘Tiny Happy People’ initiative, providing free digital resources to parents with young children for which she’d previously helped create video resources and social media content aimed at childhood development. She also met with three families involved in the initiative and chatted with them about how the ‘Tiny Happy People’ content helped their children’s communication skills and language development.

Who could forget Kate’s ‘Hold Still’ project? As the patron of the National Portrait Gallery, she launched the project back in May to capture people’s lives during lockdown, for which she received over 31,000 submissions! The exhibition was released online in July, garnerning over 5.2 million page views, and then across 112 public sites – billboards, murals, posters across 80 towns and cities – in October.

Kate said: “For me, the most powerful part of the project is that it’s shown just how much people and their communities have come together, and just how important we all are to each other”.

Mental health has always been a topic that the Duke and Duchess of Cambridge have passionately supported.

In March, they began supporting a new mental health initiative by the Public Health England amidst the pandemic. The organisation published online advice for looking after mental wellbeing, as well as providing advice for parents and carers on how to support children and young people. They worked with mental heath charities which also received a £5 million grant to expand their support services.

In a statement, Kate and William said: “The last few weeks have been anxious and unsettling for everyone. We have to take time to support each other and find ways to look after our mental health. It is great to see the mental health sector working together with the NHS to help people keep on top of their mental well-being. By pulling together and taking simple steps each day, we can all be better prepared for the times ahead.”

Then during Mental Health Awareness Week in May, Kate Zoomed with new parents, midwives and other maternity service professionals to promote her message of mental health awareness during the pandemic.

Obviously, she continued to be an absolute style and beauty icon

We couldn’t possibly name all the Duchess’s best fashion and beauty moments from 2020 because quite frankly we don’t have enough hours in the day.

She nailed high street style time and time again, influenced us to get curved layers for autumn, had us green with envy over her flawless skin on Zoom, made us copy every single one of her summer dress looks and dye our hair 3d brown. In short, she was our style icon of 2020.

Lovecraft Country’s Episode Ends on a Hell of a Cliffhanger

11 of the best Nigerian films on Netflix to watch now