Attending The Flintstones in Viva Rock Vegas’ 2000 premiere, Hailey rocked it out with her parents, actor Stephen Baldwin, mum Kennya, and older sister Alaia in a navy all-in-one outfit (note the floral boots).

Fast forward to 2008 and the family attend the Into the Light exhibition opening in New York city. Hailey’s got the noughties super girly look going on with a hairband, mini-pouch and a cashmere cardi. Super cute.

Aged 14 and stepping up for the red carpet, Hailey looked like a true Californian chick in orange for the 18th Annual ESPY Awards in LA.

Hailey attended a New York shoe event back in 2011 in a white dress with a cinched waist to show off her petite frame. We like the simplicity of this choice.

It’s 2013 and the 16-year-old is starting to lay down the basis of her staple style. Sunnies? Check. Leather? Check. Skinny trousers? Check.

Well that’s a mini dress if ever we saw one…

At the One Direction: This Is Us New York film premiere, Baldwin had heads turning with her vamped up leather skater dress.

Hailey and her older sister Alaia sparkled at the Armani 2013 One Night Only event in New York. This flapper-inspired dress has us dreaming of our next dress-up event.

Brightening up her on-trend androgynous look with a bit of scarlet lippy, her 2014 look is one of our favourites to date.

2014 was the year of leather for Ms Baldwin. This quirky smock dress with added zip detail was a red hot choice.

Dressing down on a day out in New York City last April, Hailey looked every inch the rising celeb papped with a coffee and her cell in hand (watch out Olsen twins).

This bohemian shirt dress is one of our favourite looks on the model. We’re digging the delicate coloured threading detail and her choice of multiple rings.

Attending the The Fault In Our Stars premiere after party at The Royalton Hotel in New York City, the 17-year-old looked chic beyond her years in a all-white jumpsuit. We’ll be recreating her tousled bob look come summer too.

And why wouldn’t you were an orange crop tank top if you have abs like these?

A strange look of evening clothes for day time dressing, we like the shorts but feel the look wouldn be a little less severe if it weren’t for the shades.

Embodying the image of elegance, her floor length dress paired with an au-natural beauty look and top knot is an absolute winner.

Wearing Calvin Klein for the company’s Reveal fragrance launch, this metal mesh Bardot neckline mini is to die for.

Now this is a red carpet worthy look. Wearing a Gabriela Cadena sequinned pencil dress to the Angel Ball 2014, Baldwin finished her look with some Lorraine Schwartz ice (we’re surprised her lobes didn’t get weighed down).

All black everything for the Sportmax and Teen Vogue FW14 collection in NYC.

A simple but effective look. The crosshatched knee pads on her jeans add a welcome twist. Extra points for those pointy leather boots… drool.

One can never go wrong with a denim shirt.

A spot of lace for yet another film premiere. Boots seem to be her go-to shoe.

Braving the January cold in her home city, NYC, this winter look gets the thumbs up from us. The wool coat with a hood adds something a little different to the minimalist outfit.

Hailey stunned in a mullet hemmed dip-dye number for the amfAR Gala in NYC. We love the bouffant up-do too.

Hailey Baldwin was papped during NYFW arriving at the Fendi New York flagship boutique inauguration party dressed in khaki silk and a chic overcoat. The burgundy lips are a show-stealer.

Off-duty chic for Hailey Baldwin whilst out and about in New York. The model paired her YSL tote with a striped hoodie, two-tone leather jacket and casual lounge pants.

The model attended the Dior And I film premiere in New York dressed in a sleeveless tux dress. Very Eighties.

Hailey Baldwin came out to support her friend’s Kendall and Kylie Jenner as they launched thier Topshop line in LA. The model balanced smart-casual well, dressed in flat boots, aviators, a killer leather jacket and colbalt tote.

Opting for a super casual look, Hailey Baldwin swapped her usual heels, dress and leather jacket for an oversized basketball coat, aviators, joggers and trainers. We like it.

Clearly it’s colder in Australia, touching down in Sydney, Hailey showed off her figure in tighter-than-tighter leather trousers, suede boots and sweat top that reads “say no to drugs”. She completed her look with a shoulder-robbing jacket and aviators.

Hailey gives pink an uncharacteristically tough edge at The Revolve Hamptons party. All it takes is lashings of attitude and a messy ponytail.

Hailey Baldwin proved the worth of a tight fitting LBD at the Mission Impossible – Rogue Nation screening in New York City. She was joined by her sister Alaia and her cousin Ireland for the event.

It was all about the cobalt blue eyelit mini and oversized shades for Hailey Baldwin in New York.

Snapped out and about in New York City, Hailey Baldwin looked quite the darling dressed in a fuchsia floral jumpsuit and sandy ankle boots. Gorgeous.

Taking a stroll through Brooklyn, New York, this could be Hailey Baldwin’s most casual outfit to date. Is it a nightie? We don’t know. We’re also not sure what the P stands for but we do think she looks pretty cool, right?

Out and about in Soho, NYC, Hailey Baldwin channeled her inner lumberjack style. She teamed ripped denim shorts with an oversized gingham shirt and leather boots. We love.

Hailey rocked a halterneck gold dress and heeled ankle boots while out and about in NYC. This cool outfit is making us seriously nostalgic for the warmer months!

Hailey gives a lesson in how to wear distressed denim as she walks round Hollywood. Follow in her footsteps and wear your ripped jeans with ankle boots for autumn.

Hailey looked incredible at the MTV EMAs 2015 in a cut-out dress with floral design. While she looks seriously sassy, we bet she was a little chilly!

Continuing her love affair with cut-out detailing, Hailey proved the bomber jacket is officially the outerwear of the season with this chic ensemble.

The young star rocked two trends in one with this youthful outfit: pussybow blouses and Victoriana. We approve!

Hailey proved she can do pretty boho-chic just as well as tough cool-girl style. She paired a pretty floral midi dress with some strappy nude wedges for a red carpet Tommy Hilfiger event.

The model shows sportswear can be seriously cool, especially when combined with some leather trousers and a pair of knee-high suede boots.

The model showed off her long pins in this simple LBD and matching bomber jacket.

Hailey looked like the ultimate rock chick in a pair of black ripped jeans, and a chic leather bomber. We wish we looked this cool on our coffee run…

We’re not sure how we feel about this part-robot part-Grecian goddess look from Hailey, but agree she still manages to look gorgeous!

Hailey was the ultimate Sicilian goddess as she attended a PFW party in head-to-toe Dolce Gabbana.

Attending the L’Oreal Red Obsession party in Paris, Hailey put her stamp on the red-only dress code by wearing this sparkly number with a slick of red lipstick and red heels.

How to stand out to the gym? Wear a scuba-like two-piece, obviously.

Hailey was tasked with presenting an award at the ceremony, which she had a change of outfit for. She decided on this asymmetrical black mini dress with cut-out thigh high boots.

Hailey Baldwin just went and gave us the perfect summer party outfit inspo in this red skirt and top co-ord.

Hailey teams her Ugg boots with teeny tiny suede shorts, a crop top and a denim jacket for a party in August 2016.

She added sass to a simple white dress by pairing with thigh-high sandals. HOW do they stay up?!

Hailey wore a demure Dolce Gabbana dress to the brand’s boutique store opening in Milan. The court shoes and crown are giving this a very regal vibe.

For the morning after friend Bella Hadid’s 20th birthday, Hailey kept in cool in a streetwear look comprised of a Balenciaga bomber jacket, a yellow hoodie, leggings and mirrored orange shades.

For an event in New York, Hailey Baldwin looked sensational in just a t-shirt and some leather-look jeans. She elevated the whole look with some lacy heels and a killer beauty look.

While out with friends in New York, Hailey Baldwin once again aced streetwear. This time in leather trouser with a hoodie layered with a leather bomber jacket. She complete the look with a beanie.

Hailey dressed for autumn in a ripped (on purpose – obvs) jumper dress and platform boots while out in LA.

For the REVOLVE party, Hailey Baldwin made boho work for the evening wearing a suede green mini dress.

Hailey Baldwin has really outdone herself in the cool stakes with this day time outfit. The model wore jeans over fishnets, with some chunky boots, a band tee and some amazing pink shades. Let us be you, Hailey.

No festive period is complete without shimmer, sparkle and sequins, and Hailey is providing serious party inspo in this fabulous low-cut sequin two piece. 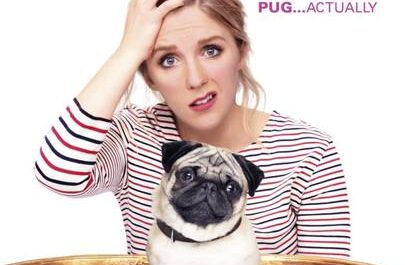 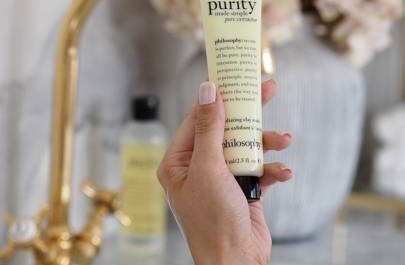 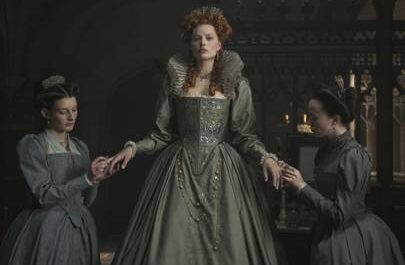 2 thoughts on “Hailey Baldwin: The girl who grew up on the red carpet and became a fashion icon”