Fear and procrastination are some of the many reasons women delay going to the gynecologist.

And when they are finally on the examination table, they shy away from asking intimate questions related to their vaginal health.

In fact, research published in a 2009 issue of Midwife revealed women worry about cleanliness, vaginal odor and concern that their gynecologist might discover something about their sex life.

Speaking with Daily Mail Online, gynecologists explain why women should be more inquisitive instead of saying ‘everything’s fine.’

Why do I lose urine when I cough, sneeze or have sex?

Many people think urinary incontinence, or the loss of bladder control, is an issue that only impacts seniors.

However, it’s much more widespread, impacting one in three women over the age of 18.

‘Women in their 20s and 30s are just mortified that when they have sex, sneeze, or jump they lose urine,’ said obstetrician-gynecologist Dr Lauren Streicher, medical director of the Center for Sexual Health and the Center for Menopause at Northwestern Memorial Hospital.

Light bladder leakage usually occur when the pelvic floor muscles – which support pelvic organs like the urinary bladder, the uterus, cervix and vagina – aren’t strong enough to control the bladder.

Reasons for this condition, which is twice as common in women as men, vary greatly.

However, some predisposing risk factors include smoking, chronic constipation, alcohol consumption and obesity.

‘Anyone is at risk,’ said obstetrician-gynecologist Dr Jessica Shepherd, director of Minimally Invasive Gynecology at the University of Illinois at Chicago. ‘But the people most at risk are women who have given birth, going through menopause or who participate in high impact exercises like horse riding.’

A few ways people can fix this by doing kegel exercises to strengthen their pelvic floor muscles. This involves contracting and holding these muscles for five seconds.

Is my labia too long?

Dr Streicher said a lot of women are self-conscious about the way their vaginas look.

She said when women ask her if things ‘look’ normal down there, they are usually talking about the labia – the inner and outer folds of the vulva on each side of the vagina.

‘The labia, like every other body parts, comes in different colors, shapes and sizes,’ Dr Streicher said, adding that it’s normal for them to be uneven too.

The labia, like every other body parts, comes in different colors, shapes and sizes
Dr Lauren Streicher, Northwestern Memorial Hospital

In fact, there’s been an increase in women going under the knife for labiaplasties or ‘designer vaginas.’

A report released last month by the Aesthetic science, Plastic surgery and Cosmetic Dermatology Congress revealed that there’s been a 50 percent uptick in people interested in the procedure – which trimming back the inner lips – compared to last year.

There’s also been a 45 percent jump in the number of labiaplasties performed across the world.

When examining their vagina, Dr Streicher makes it a point to reassure that they look normal by saying things like: ‘I’m looking at your labia now. I see that your left labia is longer than your right and that’s completely normal.’

‘I do that because I know women are so self-conscious about the way they look,’ she added.

Do I smell or taste bad?

Many woman are embarrassed to ask about taste of their vagina because ‘they don’t want to admit to their gynecologist that they are having oral sex,’ Dr Streicher said.

Dr Shephard added that many foods women intake can impact body secretions, such as vaginal discharge and even sweat.

She said women should drink plenty of water, cranberry juice and eat citrus fruits like oranges, grapefruits and pineapples if they are worried about the scent of their bodily fluids.

This is because food can impact the body’s pH balance.

A healthy vagina should have an acidic pH value between 3.8 and 4.5 – indicating there is a good amount of good bacteria and no overgrowth of bad bacteria that can cause odor and sometimes infection.

Vaginas are acidic to suppress the growth of bad bacteria, which is why citrus fruits, which are acidic, can help balance the vagina’s pH levels while foods like and asparagus can disrupt that balance.

When it comes to smell, Dr Streicher said many of her clients don’t have an abnormal odor, but they perceive that they smell bad.

‘Many people are culturally taught that the vagina is a dirty place,’ Dr Streicher said.

‘And they douche often and we know douching isn’t good for you.’

In addition to telling her clients not they don’t smell bad, she said it’s important to also let them know that if they did have an odor they shouldn’t be putting topical fragrances on their vagina.

‘If there’s no odor you don’t need to put perfume on your vagina,’ she said. ‘If there was an odor it would be coming from inside the vagina not on top of it.’

For patients who are experiencing bad odors, Dr Streicher said this could be due to  bacterial vaginosis, overgrowth of ‘bad’ bacteria in the vagina or an imbalanced pH.

Dr Streicher said menstruation and sexual intercourse having sex can throw off a woman’s pH balance, resulting in a weird or abnormal smell.

She said many pH balance soap on the market are worthless and provide no benefit since ‘the odor is inside the vagina and not on the vulva.’

Instead, she suggests some women use RePhresh gel to normalize their pH balance. Many women are ashamed to request tests for a sexually transmitted infection

Women want an STI screening but they don’t say anything

A lot of women, especially those who are married, are hesitant to ask their gynecologist to test them for a sexually transmitted infection.

Dr Streicher said this is because a lot of women are afraid they are going to be judged for putting themselves at risk for catching an STI.

‘Some married women are worried that asking for an STI will imply that they’ve had multiple partners or that their husband went outside their marriage,’ she explained.

Dr Streicher also explained that a lot of women who go to a gynecologist office are under the impression that their doctors automatically perform STI tests during the appointment.

This is why it’s important for doctors to ask their patients if they would like to receive a test for an STI.

Infections like chlamydia, which can be cured with antibiotics, can lead to infertility if left untreated.

Symptoms of chlamydia include abnormal vaginal discharge, abdominal and pelvic pain. However, many women with the illness experience no symptoms at all.

Gonorrhea is another treatable STI that can lead to infertility if left untreated. Symptoms of this infection include watery, creamy or slightly green vaginal discharge, fever and heavier periods or spotting.

These STIs are common, which is why it’s important for women to be vocal if they have any concerns.

‘What it all comes down to is women’s insecurities,’ Dr Streicher said, adding that they should seek out gynecologists that they are comfortable with.

Scientists reveal why some people can hear silent movements 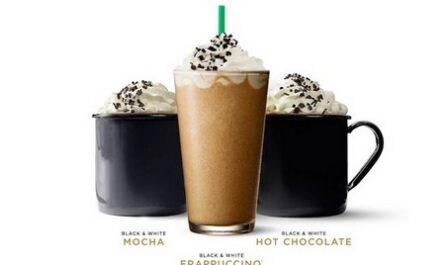