Gwyneth Paltrow and Brad Falchuk tied the knot in a gorgeous ceremony at their Hamptons home on Sept. 29, and the actress finally gave us a glimpse of the intimate event on Friday.

In a Goop article titled “The Wedding Party: GP x Brad Tie the Knot,” Gwyneth and Brad’s Amagansett wedding is described as boasting “perfect weather, a superlative dinner, a dance party for the ages, and a dress that defies adjectives.” Sure enough, Gwyneth stunned in an intricate lace gown by Valentino before changing into a short white Stella McCartney romper for that raucous dance party.

The couple exchanged vows in front of 70 family members and A-list friends, including Gwyneth’s famous mom, Blythe Danner, and Robert Downey Jr., Steven Spielberg, Cameron Diaz, and Jerry and Jessica Seinfeld, who hosted a rehearsal dinner for the couple at their own home the night before.

Shortly after their nuptials, Gwyneth shared a caption-less photo of their wedding bands on Instagram. 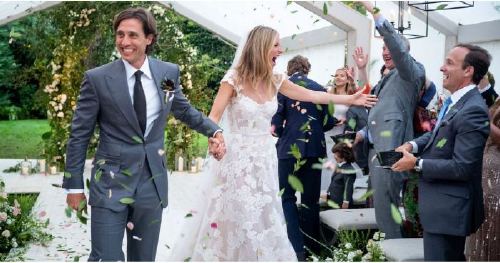 Gwyneth first met the Emmy-winning TV writer when she made a guest appearance on Glee in 2014. They went public with their romance a year later after being spotted on vacation in Italy. In 2017, Brad popped the question, and they celebrated with a star-studded engagement party hosted by Brad’s longtime collaborator Ryan Murphy. “We feel incredibly lucky to have come together at this juncture in our lives when our collective successes and failures can serve as building blocks for a healthy and happy relationship,” they said in a joint statement.

Gwyneth was previously married to Coldplay singer Chris Martin, and they have two children together, 14-year-old daughter Apple and 12-year-old son Moses, who were both by their mom’s side on her big day. Brad was also previously married to producer Suzanne Bukinik, and they also have two kids, son Brody and daughter Isabella, who played roles in the wedding as well.

The Season Finale Answers the Most Haunting Question About Jon 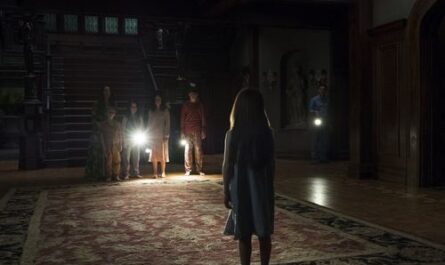