After suffering through a bout of a serious ant infestation, a recent homebuyer left quite the product review detailing his morbidly successful results.

According to the homeowner:

“We moved into our new house about 3 months ago with no signs of an ant infestation. But as the summer progressed it became apparent that they were living in our back walls. Suddenly I started to find long lines of them leaving the back brick wall and going out into the backyard then carrying the food back to the house.”

Initially, he bought every product he could get his hands on (to the tune of $210) and even hired an exterminator with no success. Then he tried Terro – a product so successful at slaughtering ants, that it resulted in both a 5-star Amazon review and possible counseling sessions for ‘committing mass genocide against an indigenous population.’ 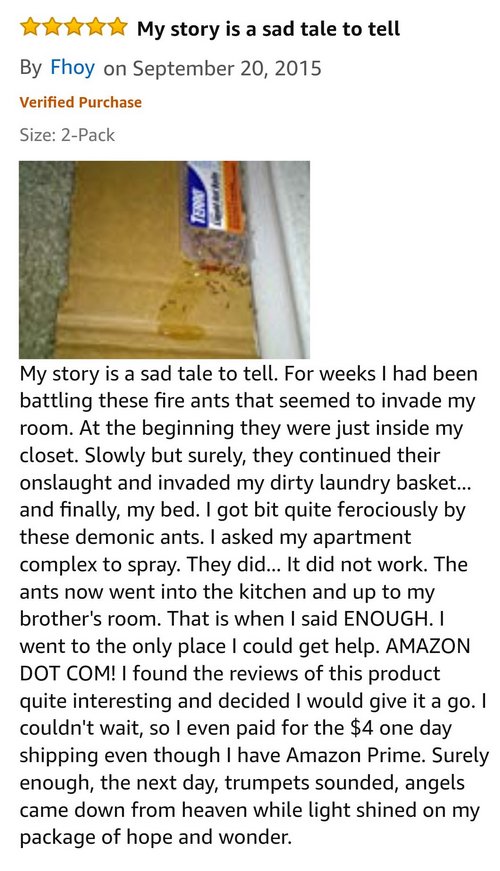 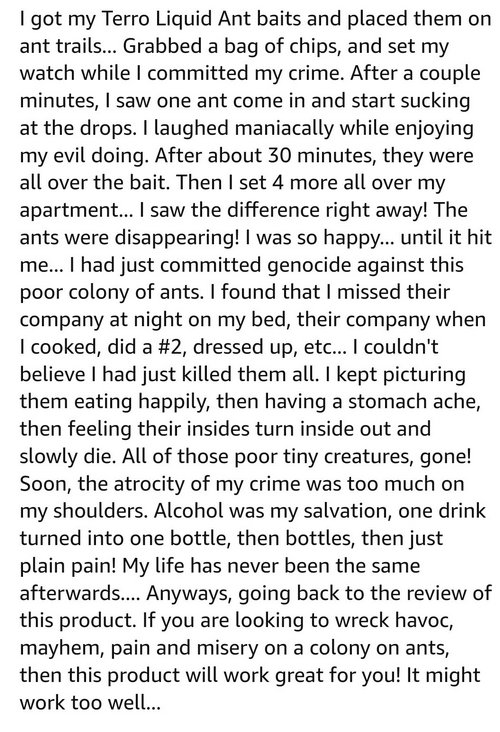 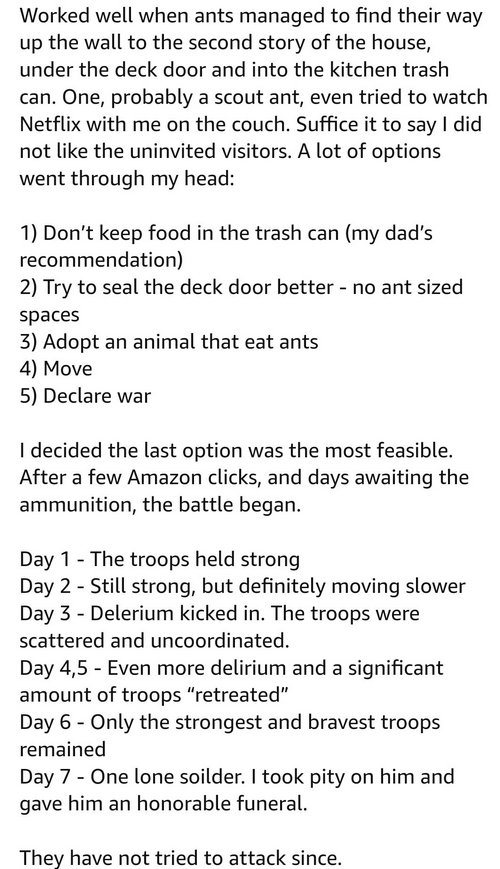 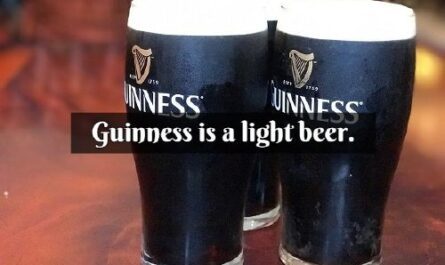 Who knew beer could be so mind-blowing? 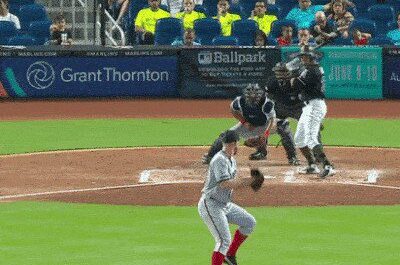 These pitches are as filthy as they were unhittable 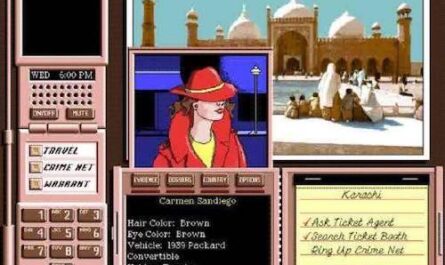 These video game franchises have churned out a lot of titles, Photos