An ornery British man recently found himself at the business end of a prank gone wrong, after a joke listing for his girlfriend on eBay went viral. Dale Deeks was visiting a horse riding shop with his significant other, when he thought it a savvy idea to playfully tap her on the butt with a horsewhip. 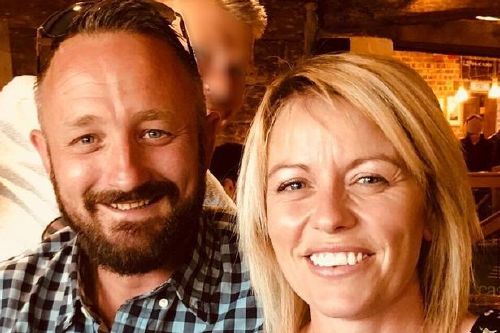 That was a mistake.

Apparently underestimating her own strength, girlfriend Kelly Greaves returned the gesture back 10-fold which left Deeks quite literally butt-hurt. Instead of getting angry at the whole ordeal, Deeks decided just to get even and list his girlfriend for sale on eBay. That was, in fact, another mistake. 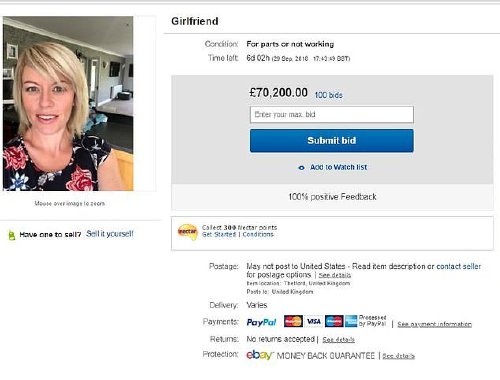 Within 24-hours, the ad had over 82,000 views, 100 bids and had topped out at the price of $119,000. Deeks initially meant for the listing to be a joke to close friends and family, but was sent into panic mode when the ad went viral. Likely because of the way he described her. Check out the listing below. 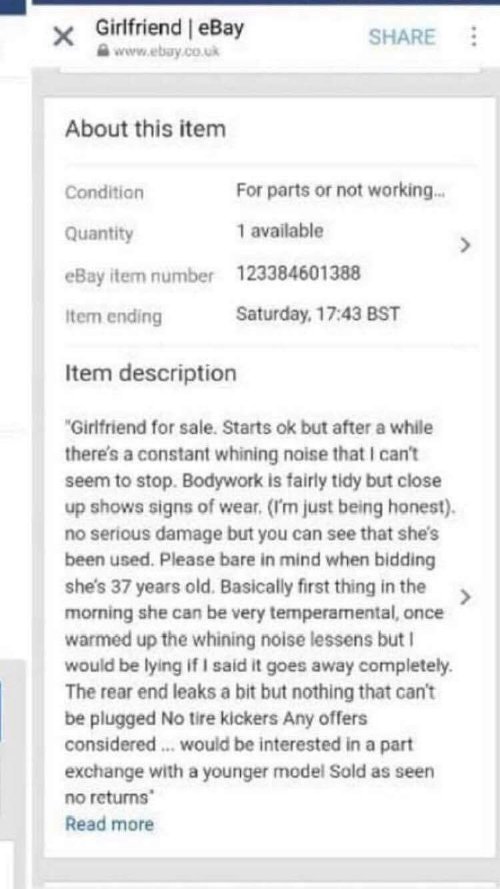 Listed as a ‘Minature Collectable,’ the description read:

“Constant whining noise that I can’t seem to stop. Bodywork is fairly tidy but close up shows signs of wear. No serious damage but you can see she’s been used. Please [bear] in mind when bidding she’s 37 years old. Basically, first thing in the morning she can be very temperamental, once warmed up the whining noise lessens but I would be lying if I said it goes away completely. The rear end leaks a bit but nothing that can’t be plugged.”

The ad was eventually taken down because, you know, selling a human sort of breaks eBay’s guidelines, but not before he received tons of messages like the one above.

The couple ultimately laughed about it and joked they would have never dreamt of expecting that sort of response.

Retaliation has yet to be sought by the Greaves, but according to Deeks “[It] hasn’t backfired. Yet. We’ll wait and see.” 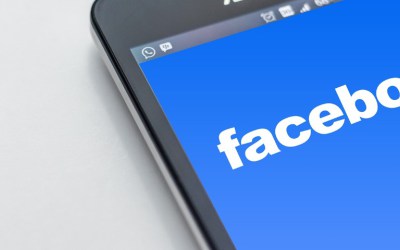 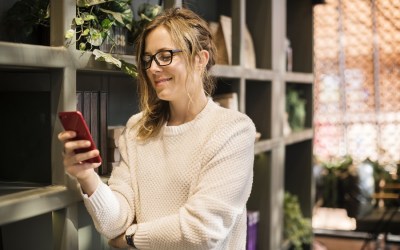