Brokeback Mountain catapulted the already-thriving acting careers of Heath Ledger and Jake Gyllenhaal when it was released in 2005. The film was met with success during the subsequent award season, and the two actors each earned Oscar nominations for their respective portrayals of Ennis Del Mar and Jack Twist.

Though it’s now difficult to imagine anyone else in those roles, Gus Van Sant recently named the four other actors approached for the film.

While promoting Don’t Worry, He Won’t Get Far on Foot, Van Sant said he was considered to direct Brokeback Mountain before the gig went to Ang Lee. The director said it “wasn’t working out,” however, because actors kept turning it down, namely Leonardo DiCaprio, Brad Pitt, Matt Damon, and Ryan Phillippe. “Nobody wanted to do it,” Van Sant told IndieWire. “I was working on it, and I felt like we needed a really strong cast, like a famous cast.”

When asked to confirm Van Sant’s list, Brokeback Mountain producer and screenwriter Diana Ossana said, “Yes, all those young gentlemen (at the time) turned down the project, for various reasons.” 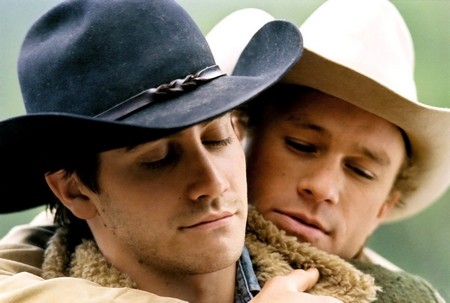 In retrospect, Van Sant thinks he shouldn’t have been so concerned about casting such high-profile actors. “What I could have done, and what I probably should have done, was cast more unknowns, not worried about who were the lead actors,” he said. “I was not ready. I’m not sure why. There was just sort of a hiccup on my part. There was something off with myself, I guess, whatever was going on.”

In addition to that surprising revelation, Van Sant also said he was offered to direct 2017’s Call Me by Your Name, which was directed by Luca Guadagnino. “I don’t think it would have panned out the way it did if I had directed it. I think it was great,” he said.

These beauty trends from Fashion Week will be everywhere, mark our words