Tan-Jones later explained their actions in an Instagram post. “I believe, as many fellow models do, that the stigma around mental health must end,” they wrote.

“As an artist and model who has experienced my own struggles with mental health, as well as family members and loved ones who have been affected by depression, anxiety, bipolar, and schizophrenia, it is hurtful and insensitive for a major fashion house such as Gucci to use this imagery as a concept for a fleeting fashion moment.”

Gucci has its fair share of controversies under its belt. Though the fashion house recently made steps toward becoming fur-free, they’ve also come under fire for cultural insensitivity, like the sale of blackface clothing and Sikh turbans earlier this year. Now, the company is facing criticism for showing designs that resembled straitjackets during the spring/summer 2020 show in Milan. If fact, during the show, one of the runway models silently protested the utilitarian styles.

While walking down the runway, model Ayesha Tan-Jones held up their hands to reveal a powerful message. “Mental health is not fashion,” Tan-Jones had written across both palms in bold, black ink. Though this moment came as a surprise to audience members, it sparked similar responses from mental health advocates on social media.

After the show, the company insisted that show’s intentions were not mock sensitive issues like mental health. Gucci’s creative director Alessandro Michele told The New York Times that the clothing was inspired by “the most extreme version of restriction as imposed by society.”

“For me, the show was the journey from conformity to freedom and creativity,” Michele said. Though the clothes were meant to make a point about self-expression, while serving as an antidote to the colorful designs in the collection, it’s easy to see why people found the stunt insensitive, offensive even.

Still, Tan-Jones’s action have had a polarizing effect on fans. Some applaud them for their courage and calling attention to the thoughtless use of straitjacket styles. “Well done, I love Gucci but this is not fashion,” one user wrote under their Instagram post. Others, however, claim that a better choice would have been to not walk in the show at all.

“Maybe we shouldn’t censor other people’s artistic expressions because we don’t agree with them,” another user commented. “Maybe a better protest would’ve been not to walk? But no you had to get that sweet sweet fashion money didn’t you?”

But in another Instagram post on Monday, Tan-Jones added that they, along with some of the other models in the show, were donating a portion of the fees they were paid by Gucci to mental health charities. “Many of the other Gucci models who were in the show felt just as strongly as I did about this depiction of straitjackets, and without their support I would not have had the courage to walk out and peacefully protest,” they wrote.

However you choose to look at the designs, it’s clear that Gucci has a knack for causing controversy – and that the public is done putting up with it. 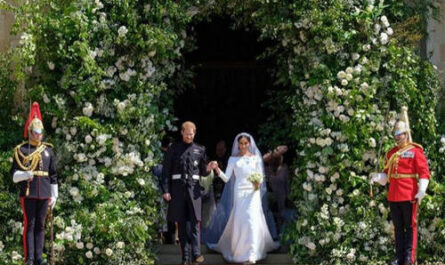