Since beginning his tenure at Gucci, designer Alessandro Michele has made it his mission to give a platform to up-and-coming artists. 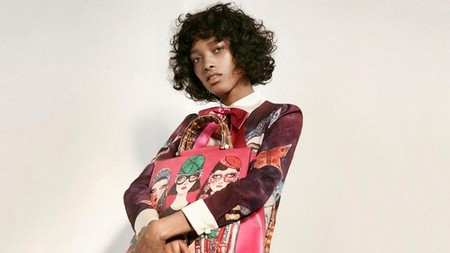 From the aptly named street artist GucciGhost to 23-year-old British illustrator Angelica Hicks (who’s also one of our picks for must-follow funny women on Instagram) to Spanish it girl Coco Capitán, Michele has tapped a coterie of cool kids to create limited-edition designs and advertising takeovers for the brand.

His latest pick, a British artist named Helen Downie, who works under the moniker Unskilled Worker, has both the classic Gucci aesthetic and an incredibly inspiring backstory.

At 52 years old, Downie is considerably more seasoned than the typical Michele collaborator. According to T Magazine, she began painting in her late 40s after getting clean from drugs and then being diagnosed with breast cancer just 10 months later. She is entirely self-taught, and quickly found fame thanks to Instagram (that’s where Michele eventually discovered her work), where she currently has 241,000 followers and counting.

She finished her first painting, of a little girl she spotted in an Italian chocolate shop, after completing the cancer treatment, and says she typically does them in a single day because she can’t sleep until they’re finished. 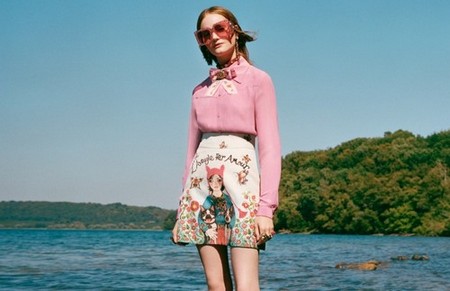 “My artwork is based around chaos and mistakes and patching things up, and that’s really how my life has been,” Downie told T in 2015.

If Downie’s designs, which feature frenetic floral motifs and big-eyed women in a variety of over-the-top, embellished ensembles, seem almost too perfectly Gucci, that may be because it’s not the first time she’s worked with the brand. In 2015, Michele commissioned portraits from her to illustrate his Fall 2015 collection for an exhibition at the Minsheng Art Museum of Shanghai. “I was gobsmacked when I went. By the time the third model came out, I wanted to cry,” Downie said of the experience of attending her first Gucci show. 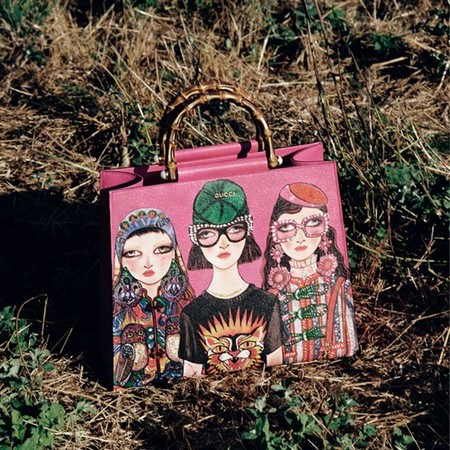 In addition to having her paintings emblazoned on gorgeous bags, shoes, dresses, skirts, tops, and accessories, Downie will also get to take over Gucci’s international art walls in Milan, New York, Paris, and Shanghai. According to WWD, the collaboration will be available in stores and online on October 11, so start pinching those pennies now, and get ready to see Downie’s wide-eyed women everywhere. Oh, and next time you’re feeling like it’s too late to follow your dreams, remember Downie’s incredible story. 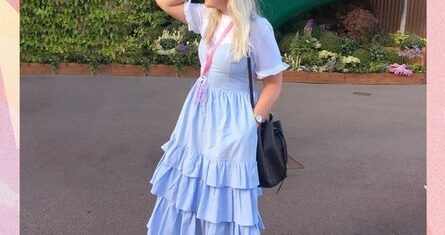 How to… dress appropriately for Wimbledon (without looking like a competitor)

The latest ‘ugly’ trend that the fashion world has fallen for