The season finale picks up where “Drawn to the Blood” leaves off and begins in the middle of a storm .. . well, a fog.

As always, Grey’s Anatomy goes out with a bang. Season 15 has drawn to a close and while some loose ends have been tied – Teddy has her baby and Alex’s patient gets his blood transfusion – there are still enough twists and turns to leave us wondering exactly where the medical drama will go during (the recently announced) season 16!

Are Teddy and Owen Together on Grey’s Anatomy?

In the penultimate episode of the season, Teddy goes to Owen’s home to reveal her feelings for him. Instead, she runs into Amelia, who is watching Leo while Owen helps Levi with a petrified Frances. Teddy goes into labor after divulging her feelings for Owen to Amelia and the two rush to the hospital. They’re momentarily stalled on the freeway by the traffic caused by a car pileup, until Amelia manages to hitch them a ride with a police officer.

The two bond with one another in the backseat of the police car and Teddy muses that they might even be able to get along. Amelia assures Teddy that even though she may always love Owen, she’s not interested in getting back together with him, just in time for the two of them to arrive at the hospital. 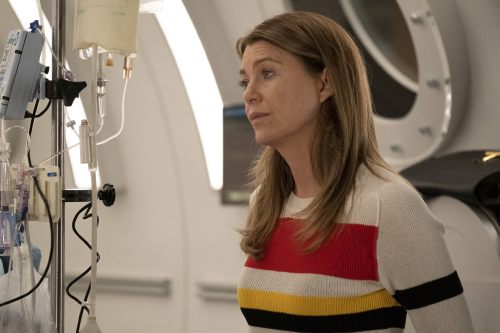 Safely at Grey Sloan Memorial, Teddy gives birth to a healthy baby girl with Owen by her side. Owen tells Teddy that he’s in love with her and wants to spend the rest of his life proving that he’s worthy of her love, which is exactly what Teddy also wants. As the new parents happily coo over their baby girl, who they simultaneously name Allison, Koracick is all alone using those brilliant, million-dollar hands of his (that saved Catherine Fox’s life, in case you forgot) to build Teddy a changing table and a crib, as well as to uncover a brand new stroller! How just like Grey‘s to crush our spirits after such a happy moment.

Will Amelia and Link Start Dating on Grey’s Anatomy?

In “Drawn to the Blood,” Link confronts Amelia about the status of their relationship, admitting that he’s starting to want more than just a hookup with her and doesn’t want to continue if they can’t be more. Though she’s initially thrown off by the abruptness of the conversation, her time with Teddy helps Amelia realize what she really wants right now. The two women talk about their relationships with Owen, and Amelia reveals that she’ll always love Owen – and might even still be a little in love with him right now – but says she tends to fall in love quite easily and will move on soon enough.

Luckily for Amelia, she and Link are called in when their patient Carrie moves her hand, which is of course great news all around. The two celebrate their win, as well as the birth of Teddy and Owen’s baby girl, which leads Amelia to admit that their dalliance may have began as a rebound but she’s ready for the possibility of more. It’s not a declaration of love or commitment, but it’s a step in the right direction for the two that we’re optimistic about!

Do Levi and Nico Break up on Grey’s Anatomy?

Despite seemingly losing all his mojo (and bedside manner) after a botched surgery, Nico is still around helping with surgeries. He admits to Levi that he misses him and feels lost. Levi, who has just been through a terrifying car accident as well as convincing Frances to venture outside of her airplane to help Alex’s patient with a blood transfusion, vows to help him get through his rut.

The two are having a sweet movie night and watching My Girl at Levi’s house, which results in Levi coming out to his mother and introducing Nico as his boyfriend when she comes down to check on them. His mom takes his revelation in stride, telling her son that they’ll talk later, and giving Nico a bowl of chicken-noodle soup as comfort food. Visibly proud of his boyfriend, Nico tells Levi that he’s “so brave” and the two snuggle down for their romantic night in. 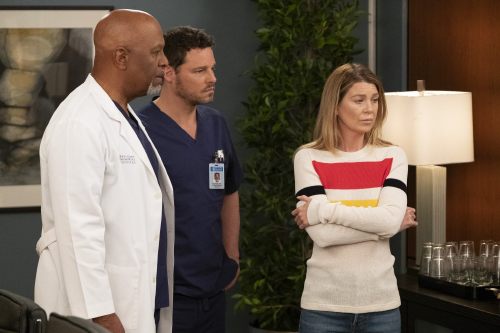 Does Meredith Get Fired on Grey’s Anatomy?

Irritated with all the men in her life who seem unable to let her handle her own mess, especially her boyfriend DeLuca, Meredith takes matters into her own hands and fesses up to Bailey and Catherine. She admits that she’s the one who put her daughter’s name down on Gabby Rivera’s insurance forms, angered by the way Gabby’s family is stuck in limbo by government red tape. She says that she doesn’t regret it and stands by her actions no matter what.

Before Catherine or Bailey can speak, Webber and Alex burst in, both claiming that they are the ones who actually committed insurance fraud. Webber asks Bailey what she will do now that all three of them are claiming responsibility, and a frustrated Bailey fires them all on the spot.

Will Meredith Go to Jail on Grey’s Anatomy?

Having confessed and been fired, the only thing left for Meredith to do is turn herself into the police so that DeLuca can be released. Before taking herself to jail, Meredith sits down with her three kids, telling them that that she “has to go take care of something” and will probably be gone for a bit, before leaving to turn herself in. She takes the time to pay DeLuca a visit in prison – where he’s somehow still graced with a head of lusciously tousled curls.

She tells him that as stupid as his gesture is, and as much their relationship terrifies her, she loves him too. It’s very cute, aside from the fact that they’re in prison where one, or both of them, may be for a hot minute.

What Happens to Jo on Grey’s Anatomy Season 15?

When Jo and Meredith arrive at Grey Sloan Memorial Hospital in “Drawn to the Blood,” the two have worked through Jo’s refusal to accept help after learning about her biological parents. Before Jo can speak to Alex or Bailey about taking time off of work to seek some therapy, DeLuca confesses to insurance fraud and Alex’s patient begins coding.

Jo is sent to help with the influx of patients that will arrive due to the freeway pileup and ends up drawing Frances’s blood for Gus’s transfusion. At the end of the episode, she apologizes to Alex for how she’s been acting, telling him she loves him, and checking herself in for inpatient treatment for depression. 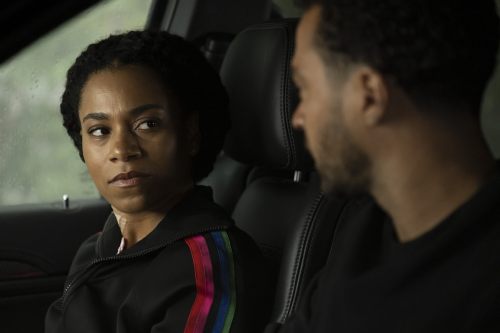 What Happens to Maggie and Jackson on Grey’s Anatomy?

Maggie and Jackson are at the end of their camping trip from hell when all of their frustrations comes to head. Maggie tells Jackson that she feels like the entire trip is his attempt to change her under the facade of opening her up to new experiences. She tells him that it’s patronizing when “Mr. Monopoly” suggests that she doesn’t know her own likes and dislikes because she wasn’t adventurous during school.

Jackson’s assumption that he needs to introduce her to things he thinks she’s missed out on only gives Maggie the feeling that he may love her, but he fundamentally doesn’t like her as she is.

Though Jackson tries to defends his actions, the conversation comes to a tense stalemate. When they get stuck in the fog heading back to the city, Jackson gets out to look around and never comes back, leaving Maggie to call out into the dark, panicking after her (possibly ex) boyfriend.