Gucci will be working with Redd+, a UN project focusing on reducing emissions from deforestation on four projects that support forest conservation in Peru, Kenya, Indonesia and Cambodia to help with the carbon emissions they can’t reduce.

We know Gucci as one of the major fashion powerhouses, blessing us with constant inspiration – and now the brand is making major eco strides.

Carbon neutrality is a key issue for larger corporations, as their emissions end up contributing far more to our atmosphere than there should be.

“The more time that goes by, the more reports from the scientists are clear – the planet has gone too far,” said Gucci’s CEO Marco Bizzarri in an interview with The Guardian. 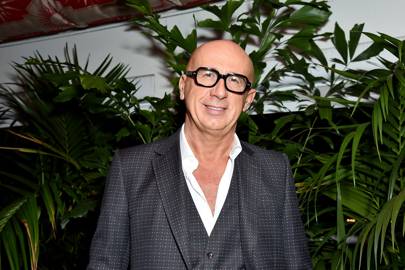 Exemplary of their efforts to reduce carbon emissions, their upcoming SS20 Milan show will reuse the sets from their shop floors.

“Offsetting is better than not doing anything, and if in the long-term it can be done (differently) we can look at that. But there is a danger, to (thousands of people) to go too much in a different direction (too quickly),” added Marco.

With Extinction Rebellion taking centre stage at Fashion Week’s, attempts to condemn the fashion industry at large are very much present. However, Bizzarri believes the way forward is not to stop fashion week, but to work in collaboration with each faction.

“The best thing is not to stop fashion week, but to have them at the table and to work together so we can do something together. That doesn’t mean people shouldn’t protest, I think it is a democracy and they should do it as long as it’s not violent. But to me, the final aim of all this should be activists and companies working together to find common ground,” he said.

Gucci is not only pledging to reduce its carbon emissions, but it’s already had an environmental profit and loss initiative since 2015, with the goal to reduce greenhouse gases by 50% by 2025.

Goals like this, albeit well-intentioned, also come with other factors to bear in mind. “The best way to have zero emissions is to close the company, but then 18,000 people will lose their jobs. When we talk about the environment, we need to keep that in mind as well,” says Marco.

Livia Firth responds to the Government’s rejection of sustainable fashion

These Mommy Bloggers Talking About Swimsuits Is Hilariously Relatable