With award season coming up, more celebrities are one step closer to joining Hollywood’s most prestigious club. The EGOT – an acronym for Emmy, Grammy, Oscar, and Tony – is Hollywood’s grand slam of awards, and only a handful of celebrities (like Audrey Hepburn, Whoopi Goldberg, and Mel Brooks) have made the list. 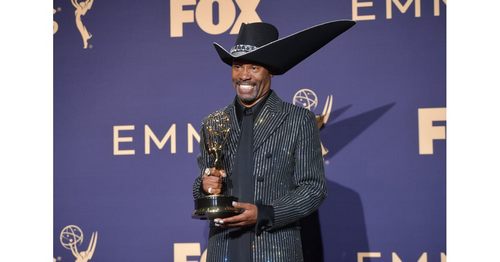 After taking home an Emmy for Pose, Billy Porter only needs an Oscar, while stars like Taylor Swift, Adele, and Sam Smith are halfway there. Wondering who else is making progress?

I Can’t Stop Jamming to This Jazzy, Gatsby-Style Cover of Lizzo’s “Juice”

If Lizzo lived back in the 1920s, what would her song “Juice” sound like? A musical group called Postmodern Jukebox tackles that exact question in one of their latest covers, transforming Lizzo’s famous track into a completely different hit you’d likely hear at one of Jay Gatsby’s wild parties. Lead vocalist Mario Jose starts the cover slow and solely accompanied by a piano, but then the pace picks up a jazzy notch once musicians playing guitar, clarinet, trombone, bass, and drums chime in.

Postmodern Jukebox have earned quite the dedicated following in recent years for giving modern-day songs – from Justin Timberlake’s “Cry Me a River” to Taylor Swift’s “Bad Blood” – an old-timey flair, and we’d wager to say the group’s vintage take on Lizzo is some of their finest work. Listen to the glorious performance above, then be sure to check out Postmodern Jukebox’s Spotify for even more incredible covers.

The Jonas Brothers’ Dapper Movie Night, and 2 Other Things You Missed This Week

From Taylor Swift spilling tea at Billboard‘s Women in Music event to Harry Styles playing “Spill Your Guts” with ex Kendall Jenner, I feel like so much went down this week. Oh yeah, and did you catch Lizzo twerking in a thong at a Lakers game?

If you happened to miss any of that, don’t worry, because I got you covered. Catch up on everything with the latest edition of Things You Missed This Week. You’re welcome.

The Jonas Brothers, Lizzo, and More Artists Bring Down the House at Jingle Ball in NYC

iHeartRadio’s Z100 Jingle Ball in NYC was a star-studded affair. On Friday night, Taylor Swift, the Jonas Brothers, Lizzo, Camila Cabello, Niall Horan, and more artists hit the stage at Madison Square Garden for an electrifying concert. The Jonas Brothers performed jams, such as “Only Human,” “Sucker,” “Burnin’ Up,” and their new holiday single, “Like It’s Christmas.” Lizzo also sang some of her best tunes, including “Good as Hell,” “Cuz I Love You,” and “Truth Hurts.” During her set, the songstress even paused to take in the moment. “I’ve always dreamed of performing at Madison Square Garden,” she said. “You made my dream come true tonight.”

The show also marked Swift’s 30th birthday, which she made sure to call out during her opening performance. “Where would I want to spend my 30th birthday?” she said. “The answer is: you’re looking at it. This is the first show of my 30th year of life.” After her staging, she was surprised with a giant cake garnished with cat decals before getting serenaded by the crowd. Having serious FOMO for not being able to snag tickets? Check out the best moments from the show ahead.