After much speculation, it has finally been confirmed that we’ll be saying goodbye to Andrew Lincoln after season nine of The Walking Dead. Us Weekly reported back in June that the actor, who’s played Rick Grimes since the zombie series began in 2010, will only appear in six episodes of the ninth season.

“Andrew is leaving because he’s had enough of it and wants to focus his energy on movies,” a source told the publication. Creator and executive producer Robert Kirkman put an end to the rumors by saying yes, Rick is indeed exiting the show.

During an interview with Kevin Smith about the upcoming ninth season, Kirkman reluctantly said that it was “looking” like season nine will be Lincoln’s last. “It does make the differences between the comic and the show more pronounced,” Kirkman said, since Rick is still a part of The Walking Dead comics despite the character’s exit from the TV adaptation.

“But at the end of the day, it’s all about Andrew Lincoln. This is a human being. This is someone I have known for almost a decade, somebody that I love. He’s been sweating in Georgia, away from his family, for so long.”

Kirkman went on to add that regardless of how Lincoln ends up leaving the show – a peaceful write-off or being turned into zombie food – the production team is keeping the fans in mind. “He cares about the fans,” Kirkman said of the British star. “He cares about the show deeply. He wants to do something special on the way out. We have something amazing planned. I wouldn’t want to spoil anything, but anybody who has been a fan of his journey, who loves Rick Grimes, who loves the world of The Walking Dead, you’re going to want to see what we do.”

The news is coincidental considering there has also been speculation that Lauren Cohan is leaving after she signed on for ABC’s new dramedy, Whiskey Cavalier. She has since shut down those rumors. “I’m going back. There’s a lot more Maggie story to tell,” she told EW back in April. “You know we’re not allowed to tell you anything, but it’s good.”

Fortunately for any Daryl fans out there, we do have good news: a source also told Us that Lincoln and Cohan’s costar Norman Reedus negotiated a $20 million salary to stay on the show while the rest of his costars pursue other projects. We’ll just have to wait and see how it all shakes out when The Walking Dead returns later this Fall. 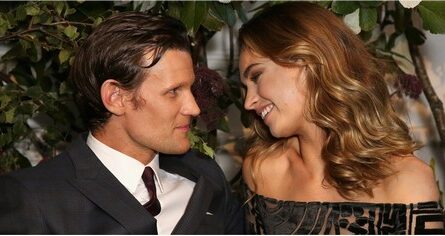 Could There Be a Sweet Home Alabama Sequel? Josh Lucas Says He’d “Do It in a Second”