If you spoke to anyone in the beauty industry yesterday, you can guarantee that one of the first words out of their mouth would be the newly released Lash Slick Glossier mascara. 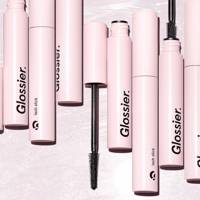 The product claims to have taken 248 formulations to perfect and was met with a lot of hype, with Glossier fans rushing to buy it as soon as it went on sale.

I always challenge myself to see how long I can go before buying a newly introduced @glossier product. Today I made it 3 hours. New record.

Today, however, many of them are being refunded, as the product incorrectly stated it was a vegan beauty product. According to The Cut, the company are pre-emptively refunding customers, some of whom have taken to social media to discuss the topic.

great now can you make a vegan one

Wow! Massive props to Glossier for refunding this morning’s orders of the mascara as they accidentally listed it as vegan. Their customer service is so good it’s unreal.

Glossier once again coming through with the incredible customer service. So nice to have a brand that actually cares about their customers ?? @glossier ? pic.sPnFIkyjvF

Lash Slick does have vegan biotin, but the press release and website both stated that the entire product was vegan, when in fact it contains beeswax, an animal by-product. According to generally accepted vegan beauty guidelines, animal-derived products, animal-made products, or animal by-products are not classified as vegan, despite some vegans consuming the product.

So what’s the issue with beeswax? PETA claims: “Beeswax, found in some lipsticks and other cosmetics, is obtained by melting a honeycomb with boiling water and then straining and cooling it.”

“It is not unusual for farmers at larger bee farms to cut off the queen bee’s wings so that she cannot leave the colony or to have her artificially inseminated on a bee-sized version of the factory-farm ‘rape rack’. When the beekeeper wants to move a queen to a new colony, she is carried with “bodyguard” bees, all of whom – if they survive transport – will be killed by the bees in the new colony. Large commercial bee farms may also replace the honey – which bees produce and need to get through the winter – with a cheap sugar substitute that lacks the nutrition of honey.”

The ingredients on the site have now been amended, and hats off to Glossier for correcting their error so quickly.

Your need-to-know guide on the difference between vegan, natural, organic, clean and fairtrade beauty

As more celebrities are spotted wearing Zimmermann, we talk to the woman behind the Aussie label about the impact on her brand