What’s the first thing we all do before we go, umm, “drop the kids off at the pool?” Grab our phones obviously. That’s what this one boyfriend did to pass some pooping time, happily scrolling through his favourite booty page while his girlfriend waited for him in the living room. 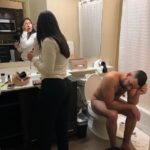 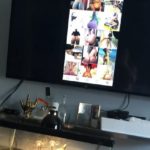 What he failed to realize was that his phone was still connected to the Apple TV in that SAME living room… If there was ever a perfect time to say this, it would be now. Shit was about to hit the fan!

The Brooklyn couple, who go by Chicklet HF and Maleni Cruz on Instagram, are popular social media personalities who have garnered close to 3 million followers with their funny posts and videos of their outrageous fights. And this one tops the list.

So there she sat, the rage slowly building as she watched every oblivious movement of his thumb. “Look at this dumb motherfucker. He forgot his phone was on Apple TV. I see everything.”

At one point he even started to comment, writing “dammnnnnnn” on a picture of two beautiful behinds (which totally deserved the approval by the way). “Oh, you want to comment?”, the girlfriend remarks. “Boy, I dare you. God, I dare you.”

Lucky for him, he quickly retracted the comment, or this comedy video could’ve easily turned into a story on the 6 o’clock news. 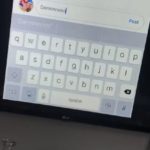 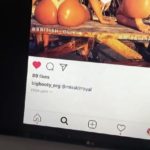 “That’s what I thought, but you st…” After seeing him hover over the cheeky picture, and liking it, she stops herself mid-sentence and decides she’s had enough.

Barging through the bathroom door to literally catch him with his pants down, the boyfriend offers up a pitiful denial before freezing up like a deer in the headlights, realizing that he’s fucked.

“You’re not out here liking pictures on Instagram of big booty bitches? That’s not what you’re doing”, she screams. “Oh, why are you looking at me stupid? Because that’s exactly what you’re doing. Your dumb ass forgot your phone was on Apple TV, dumb bitch!” 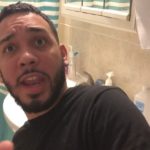 Just take the L my man and go buy her some flowers or something. And for the love of God, disconnect your phone the next time you go to the bathroom. 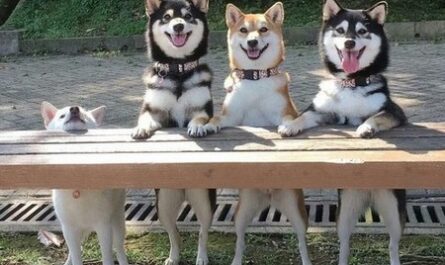 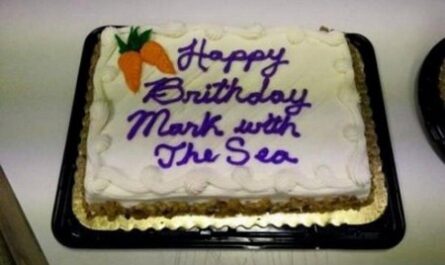 These guys couldn’t nail it any harder if they tried 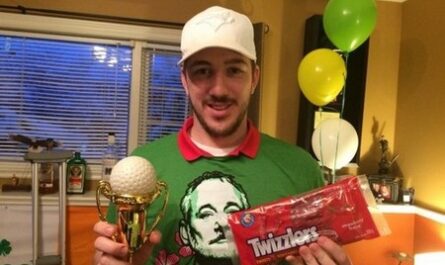