Magic: The Gathering revolves around battling wizards known as Planeswalkers who cast spells, use artifacts, and recruit the help of mythical creatures to take down their opponents.

In their official announcement, the Russo Brothers revealed that they will create an original storyline expanding on the origin story of the Planeswalkers. “We have been huge fans and players of Magic: The Gathering for as long as it has been around,” they added in a statement, “so being able to help bring these stories to life through animation is a true passion project for us.”

The Russo Brothers are at it again, but this time, they’re taking on a different universe. It has been announced that Anthony and Joe Russo – who together directed the Marvel Cinematic Universe flicks Captain America: The Winter Soldier, Captain America: Civil War, Avengers: Infinity War, and Avengers: Endgame – will be adapting Magic: The Gathering for Netflix, which is based on a collectible and digital card game created by Richard Garfield.

The brothers are acting as executive producers for the series, while Star Wars: The Clone Wars writer Henry Gilroy and Agent Carter and The Tick writer Jose Molina are taking on the script. 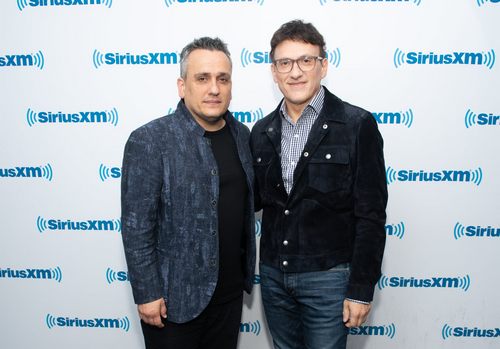 The animated series is just in the beginning stages of production, so little is known about who the voice actors involved in the project will be or when the series might premiere. Production of the show will be overseen by the animation studio OctoPie, whose forthcoming collaboration with Netflix will be their biggest project to date, as the studio is best known for creating animated shorts on YouTube and Robert Rodriguez’s Explosion Jones, an animated parody of over-the-top 1980s action movies.

Considering that Magic has a more than 26-year history, it could be a while before we see this one on screen, but we have a feeling that the final product will be worth the wait.

I’m Always a Bridesmaid and Never a Bride, and I Like It That Way