Fortunately, judging by the two season three trailers that have been released, an old monster threatening Hawkins still manages to promise some fresh excitement for the Netflix hit. Why?

Because that monster might actually be Billy Hargrove (Dacre Montgomery).

I’ve long wondered how the Duffer brothers were going to revamp the story for Stranger Things season three. The past two seasons have roughly followed the same formula, after all: a group of lovable, quirky kids battle against a sci-fi monster with the help of their telekinetic pal, without the rest of the town ever being the wiser. But a repeat of the same recycled story – Will succumbing to the Upside Down’s power in some way, Eleven saving the day – would’ve been a little too familiar third time around, no?

In the final trailer released for season three in late June, the red, pulsing, spiky creature we see unleash a roar toward the end of the previous footage Netflix shared is revealed to be an evolved version of Billy. Specifically, as Will explains to Eleven after both of them begin hearing an otherworldly voice that seems to belong to the evil monster Eleven vanquished in season two, maybe when she sealed the gate to the Upside Down she locked the monster out in the real world – rather than back in its malevolent home. 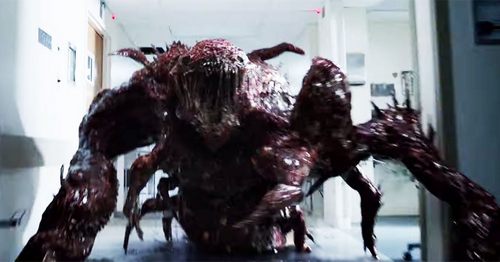 “What if he never left? What if we locked him out here with us?” Will asks Eleven. “He’d wanna attach himself to someone again. A new host.” Then the camera zooms in on Billy, which all but confirms that he’s a goner. 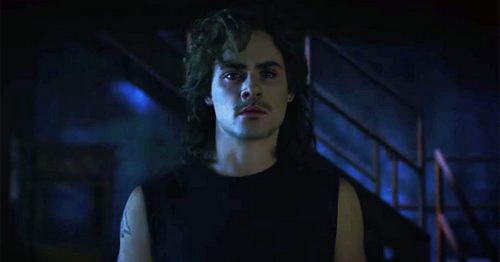 As a reminder, Billy is introduced in season two as the metal-loving, mullet-rocking, physically and verbally abusive older brother of Max (Sadie Sink), who is forced to move to Hawkins so her family can have a fresh start from their lives in California. He’s a bully through and through and doesn’t inspire much sympathy. At the end of the season we discover that he’s stuck in a cycle of abuse, since his father is just as physically and verbally violent as he is.

In season three, which takes place over the course of one Summer in Hawkins, Billy has gotten a job as a lifeguard at Hawkins Pool – he’s seen strutting around shirtless, flirting with a few different girls. But the important thing to note, chiseled pecs be damned, is the shot of him in the shower with a deeply troubled look on his face as he examines some kind of red and black growth blossoming on his left forearm.

So, what could this mean? The poster and previous teasers for the season included rat imagery and footage of rats running through a warehouse. Rats are known for carrying disease, right? What if the rats living underground in Hawkins got into those tunnels that Hopper and the kids were wandering around in under the pumpkin patch in season two and are now carrying an infectious, Upside Down-borne illness that’s spreading because of the original monster’s lingering presence in the town? The infection on Billy’s arm is in the same red and black shades as those gross, slimy vines that are all over the Upside Down, so it checks out.

Obviously, we can’t be sure of how the rats came in contact with Billy, but it wouldn’t be that hard to imagine the animals inadvertently spread the disease to the pool somehow. That scary-looking infection doesn’t seem to just be on Billy’s arm, either – another shot in one of the trailers is a close up of his eye, which has black tendrils reaching across his eyeball toward a very dilated pupil. Obviously he’s enduring some terrifying transformation. .. but into what? 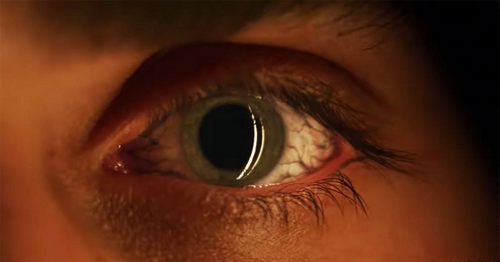 That question brings us to the first trailer’s final scene, which is of a new Upside Down monster. It appears to be growing larger and larger in the hallway of a hospital, with Nancy and Jonathan on either side of it, looking on in horror. Judging from the way it expands on screen, slowly but surely hulking out in the darkness, it seems like whatever it is, it’s transforming from a human body into the creature that we see roar a few seconds later.

Picture this: Billy goes to the hospital to get treated for the infection on his arm and in his eye, but by the time he gets there, it’s too late. Hawkins Medical Center doctors don’t know how to deal with Upside Down-level bacteria or monster DNA! So, Nancy and Jonathan descend on the hospital in hopes of saving Billy (or, at the very least, trying to take him out before he transforms), but they arrive just a little too late. That would certainly explain Nancy’s look of total horror and running mascara as she finds herself with a giant, bloodthirsty creature between her and her boyfriend.

Since the latest footage also includes the shot of Billy chillin’ in the same warehouse that the Upside Down monster appears to be calling home, it can also be argued that it’s not a rat-borne infection at all. Maybe the monster is able to hypnotize people in some way if Eleven and Will can hear “his” voice.

Either way you shake it, though, it seems Billy isn’t going to make it out of season three with his mullet (or the rest of his body/soul) intact. Luckily we still have a few weeks to think this theory through, since Stranger Things season three doesn’t arrive on Netflix until July 4.