After several reincarnations, Skins finally died out in 2013, leaving behind a cult following of ageing millennials. However, young peoples’ fascination with dysfunctional adolescence remained, and streaming giants – including Netflix, Amazon Prime, and HBO – were more than happy to fill the Skins-shaped void left in our lives.

It’s a typical evening in 2007. At 10pm – after yawning my way through another school day – my brain has finally kicked into gear. I celebrate by settling in front of the telly to watch Skins on E4, my thumb poised on the remote in case my parents should walk in during one of the many ‘inappropriate’ scenes, which – invariably – they did.

For me, school consisted of keeping my head down and praying that teachers never called on me in class. Watching Skins allowed me to vicariously flirt with rebellion; from illegal raves and endless parties to giving my parents the silent treatment à la Effy.

Within one season, HBO’s Euphoria went from 577,000 viewers to 1.2 million. When Riverdale made the move to Netflix in 2017, it’s teen audience grew by a whopping 400%. And while Cruel Summer is fast becoming essential binging in the UK, it already broke records in the US when it became the most-watched series debut ever on Freeform, with an average 3.81 million total viewers in it’s first week. 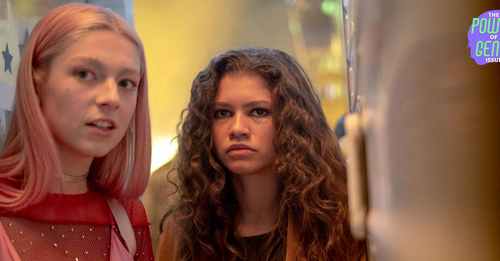 Some think that Generation Z (those born after 1996) are driving these shows ratings, and – in doing so – are paving the way for telly that explores teenage issues from a social justice-informed perspective. As Dr Neil Ewen, a Senior Lecturer in Communications at the University of Exeter, points out:

“The pandemic and the climate crisis have led, arguably, to a generation that seems highly politically and socially aware. … Like other generations, Gen Z will tend to gravitate towards TV shows that address their lived experiences, their fears, and their desires”