Way back in season one of Game of Thrones when Jon Snow first meets Samwell Tarly, Sam says that he’s a coward. However, for the past seven seasons, Sam’s been proving that he’s far braver than he knows. And if Reddit user DLun203’s Game of Thrones theory is correct, then Jon’s best friend may end up being the show’s truest hero. 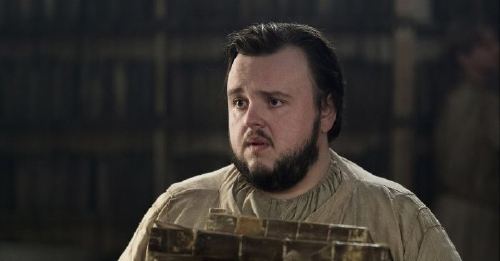 DLun203’s theory reads: “When King Robert and Ser Barristan Selmy are talking about their first kill, Robert says his first was a Tarly boy who thought he could end the rebellion with a single swing of his sword. I think there’s a chance Sam, the last living Tarly, will use Heartsbane to kill the Night King with a single swing of his sword and bring an end to the Great War.” It’s a simple but brilliant idea that would make so much sense for Sam’s character arc. Since the series began, he’s grown from a scared boy into a strong man who is willing to stand up to his father, be there for Gilly and her son, and take on White Walkers to protect those he loves. Having him be the ultimate hero of the Great War would be a beautiful way to bring his story to a close. The bigger question is whether or not there’s any evidence within the show that supports the idea of Sam taking down the Night King.

The Reddit theory refers back to a season one scene about a Tarly boy who is foolhardy. He fails to end the rebellion with a single swing of his sword, and if we rely on Robert’s lines as evidence that Sam will follow suit, then history could repeat itself, leaving Sam to fall in battle after attempting to kill the Night King. This would be a sad end for a character who many suspect will ultimately become the chronicler of Westeros’s history.

Fortunately, there’s another piece to this theory that could set Sam apart from his foolish ancestor: Heartsbane. Before leaving his family’s castle with Gilly and her son, Sam takes the ancestral sword from the wall. Heartsbane is one of just a handful of Valyrian steel swords left in the Seven Kingdoms, and Valyrian steel happens to be one of the few things that can hurt White Walkers. The name of the sword could also be telling. Remember, Azor Ahai tempered his legendary sword, Lightbringer, by plunging it into his wife’s heart. There are plenty of theories about which of the remaining Valyrian steel swords could be Lightbringer, and based on its name alone, Heartsbane is a frontrunner.

The word “bane” has several meanings, ranging from “poison” to “woe.” With that in mind, the idea that Heartsbane may actually be Lightbringer isn’t so far-fetched, especially since it has been in the possession of the Tarly line for at least 500 years. Since it’s not explicitly stated that the sword was forged for the family, it may be much older than even Sam realizes.

Ultimately, Game of Thrones always has a reason for the character’s actions. It’s no accident that Sam defies his father and takes Heartsbane. He’s in possession of a Valyrian steel sword for a reason, and that reason might just be to bring about an end to the Great War with one mighty swing that will bring the Night King to his knees. And in the process, Sam will finally realize what the fans already know – that he’s been a hero all along. 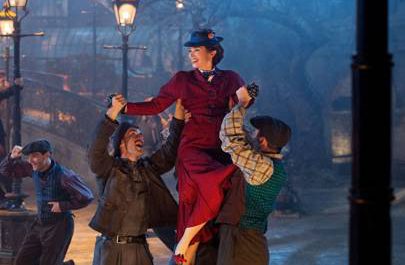 Is Former Bachelor Ben Higgins Single? Here’s What We Know

The Buckingham Palace Christmas Trees Have Arrived, and They’re Decorated With Crowns and Carriages