«The most heroic thing we can do now is look the truth in the face.» 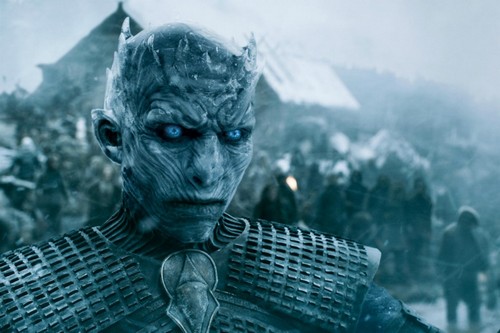 Sunday night the third episode of Game of Thrones Season 8 will likely be the biggest bloodbath in the history of the show. Possibly in the history of fictional onscreen warfare. The Night King is bringing the White Walkers to Winterfell’s door, and the armies of men are preparing to defend their lives from actual death itself.

No big deal, right? Well, as Sansa Stark (Sophie Turner) says in the episode 3 preview below, «The most heroic thing we can do now is look the truth in the face.»

The truth is, a lot of fan favorite characters are gonna die, no matter what.

Oddsmakers have some idea as to whose chances aren’t looking too great right now, reports Newsweek:

According to the oddsmaker’s predictions, Theon Greyjoy has the largest chance of dying first in Sunday’s episode. He was given odds of 5/4. This prediction raises questions about the safety of Bran Stark. As viewers may remember, Theon agreed to protect Bran while he used himself as bait to lure the Night King. Bran has the mark of the Night King on his arm, and explained in last week’s episode that he could be the only way to draw the Night King out in the open. If the Night King falls, so does his army.

Theon is followed by a list of other likely deaths, including Jamie Lannister at 3/1, Euron Greyjoy at 5/1, Cersei Lannister with 15/2 and Yaya Greyjoy with 10/1.

So the Lannisters and the Greyjoys may be doomed.

These predictions came from betting sites like US Bookies and Bet-PA.com, which are part of «the betting intelligence network,» according to Newsweek.

Who’s likely to be safe? Given GoT’s history of not giving a damn whether fans wanted a character to remain alive or not, the truth is that everyone from Sansa to Daenerys Targaryen (Emilia Clarke) to Tyrion Lannister (Peter Dinklage) is probably fair game.

Here are the major characters oddsmakers believe will make it out alive and possibly even take the Iron Throne: Bran Stark, with 2 to 1 odds and Sansa Stark at 3 to 1. Other likely survivors include Jon Snow, Arya Stark, Tyrion Lannister, The Night King, Daenerys Targaryen and Samwell Tarly.

In an interview with EW, episode director Miguel Sapochnik said of this episode that it is «survival horror.»

«That’s the whole episode for me,» Sapochnik continued, «What we realized is you look at like Assault on Precinct 13 – movies where a group is under siege – usually there’s an ensemble cast and a central theme in there. So I’ve been trying to work out whose story this is. That’s different than the stuff I’ve done previously which was generally from Jon’s perspective. Here I’ve got 20-some cast members and everyone would like it to be their scene.»

Whatever happens, plenty of apprehensive fans will be tuning in to watch.

How To Make a Better Mint Julep

Denver Is the First U.S. City To Decriminalize Magic Mushrooms