But one question thrown up that’s rarely been spoken about out loud is how so many influencers kept up their content at such a consistently high level with not only a lack of inspiration or occasion for which to get dressed, but more significantly without their trusty photographers?

Because ain’t no-one got the patience for self-timer these days.

Sure, we understand how the mirror selfies were taken (…duh), and of course those who were shacked up with their photographer partner/pal had it pretty cushty, but we’re talking about those seemingly solo-shot non-selfie-selfies. You know the ones, full-length with no mirror and no phone in hand.

While we’ve all had much more important things to worry about over recent months, the five-month national lockdown also threw up some unexpected questions. 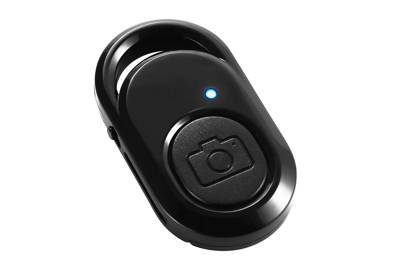 How, for example, have we only just discovered Paul Mescal?

Why do we not make Dalgona iced coffees every summer?

How did we ever manage commuting to the office five days a week?

How do we cut our partner’s hair without totally ruining his life?

We put on our investigative hat on to find out just how these influencers got the shots, and we’re pleased to report that we’ve discovered a sneaky little gadget involved in several of the most beautiful shots.

More obvious in some than others, influencers have taken to using a bluetooth remote control camera shutter to capture their full #lewks without the help of anyone behind the camera.

Are you thinking what we’re thinking? Is this officially the end of the infamous Instagram Husbands? We can almost hear the collective sigh of relief from the dutiful lensmen already.

Removing the need for a teammate, these remote controls are small enough to be hidden in the hand – which is why you likely haven’t noticed them before – and allow the iPhone camera to be set up steadily (either leaning against a stack of books or on a tripod, depending on your dedication to the shot) while you stand as far back as ten metres and click the remote’s shutter button as many times as it takes. And, as the recently retired Insta Husbands know, that can be several.

But it’s not just influencers that have been using these remote controls over lockdown, with several fashion brands also looking to the social-distancing-approved piece of kit to get their campaigns shot over recent months.

One of the most memorable of which was Zara’s Summer collection, shot at home by the gorgeous model Mica Arganaraz who refreshingly didn’t try and hide the gadget and instead used it as a deliberate prop to add context to the images.

Tempted? HITSLAM’s Bluetooth Remote Control Camera Shutter is a great option for £5.29 – well worth the price to never have to awkwardly ask someone to take your picture again.

Oversized shirts are literally *all over* our Instagram feeds right now, so here’s how to style them