It’s official: caring got cool. In celebration of our Nu-Ge April Digital Issue starring Kiernan Shipka, we’ve rounded up ten causes gaining our attention in 2019, and some of the amazing people behind them.

Nothing new about climate change right? We’ve known the planet is slowly being destroyed by pollution, polar bears are in danger and it’s all our fault, for years. Right. So why is so little still being done? Let’s face it, beyond the polar ice caps melting, what do we really know about our planet’s chances? Besides eye-rolling climate-change deniers (hi Trump), what are we really doing to combat this global threat?

That’s exactly what group Extinction Rebellionis trying to address by raising awareness of the rather terrifying facts about climate change, and why we need to act: fast. This inclusive, passionate group organise non-violent protests across the UK to pressure the government to take action: to better inform the public and to create legally-binding policies to reduce carbon emissions. We have an astonishingly short amount of time to fix these issues before irreparable and devastating damage is done.

Motherhood is officially the biggest cause of the gender pay gap, so it’s time we took action to level the parental playing field. More and more of us are waking up to the fact that empowering men to be active parents, creates a fairer society. Though we now have shared parental leave, only 2% of the population takes this up and too many men are unsupported by their workplace in taking paternity leave. 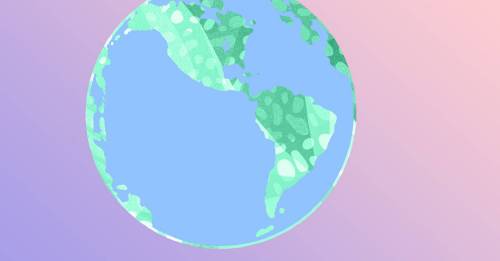 Helping dads be seen as equal parents is important, not just for them, but for women too – who are burdened with disproportionate caring responsibilities. There are so many brilliant campaigners out there making father’s rights a top priority, from Pregnancy discrimination activist group Pregnant Then Screwed, which has made six weeks of government ring fenced paternity leave a top demand to the amazing group Working Families. You better believe fatherhood is a feminist issue.

The average age of a first-time buyer in the UK is creeping towards 40- almost double the age it was less than 30 years ago. We have long known we will be the first generation worse off than our parents’ but it’s the housing crisis where this truly seems to hit home (no pun intended.) Not only are we facing escalating house prices matched with stagnant wages, we are also in one of the most overpriced and unfair renting markets in the world.

Thankfully, activism has switched its gaze to this issue, which disproportionately affects the young and the marginalised. Initiatives like the Make Renting Fair campaign, run by journalist Vicky Spratt, resulted in the banning of unfair letting fees, and activist groups like Radical Housing NetworkandGeneration Rentare doing strong work to tackle the crisis.

Caring about the environment means thinking about the lifestyle choices we make. A key one is shopping. What impact are our fashion choices making on the world, our beauty buys, or even snapping up that bottled water at the corner shop? As consumers we are thinking more and more about it and, obviously, here at GLAMOUR, we are committed to helping you understand your choices. Then there are organisations like the Centre for Sustainable Fashionand Ethical Consumer, dedicated to guiding in you making the world a better place, one purchase at a time.

Few of us think that going hungry is a reality in this country. Yet the stark facts are that as many as 1.8million children are at risk of hunger in the UK. That’s why amazing activist and entrepreneur Carmel McConnell MBE, founded Magic Breakfast– a charity that works with schools across the country, providing free healthy breakfasts for those children who would otherwise go hungry. Poverty in the UK is a tragic reality – we’ve seen it with the devastating revelations about period poverty – and organisations like Magic Breakfast are doing great work to tackle these issue head on.

Being savvy about your finances is an activist cause in itself, especially when we’re suffering from a hefty gender pay gap and stigmas around financial discussions that directly disadvantage women and marginalised communities. We living in an age of huge wealth disparity, one that may become even wider post Brexit (remember Brexit?). It’s why writers and journalists Alex Holder and Laura Whateley write extensively on millennials and money and, on a broader scale, why the organisation Positive Moneyexists, which works to make the financial system fairer for all.

No, not just the awesome Netflix show, but a topic that is fast becoming a potent activist cause. The government recently put forward new LGBTQ regulations for Relationship and Sex Education in schools, which propose making sex education less hetero-normative and more inclusive.

Research from the Terence Higgins Trustfound that 95% of 16-25 year olds have never learnt about LGBTQ sex and relationships and they are campaigning heavily for more inclusive education.

The move has been widely supported by MPs but there is backlash from conservative, and religious, sectors- making it a sadly contentious issue. Those who are getting out there to support this cause, like the inspiring South London-based activist group StraightJacket are keen to ensure that children never feel alienated and alone at school and argue that the proposals do not go far enough; pointing to the long-lasting and hugely positive impact this education would have on society.

FGM- Female Genital Mutilation, is a hugely important – but rarely discussed- issue, that many falsely believe is exclusively a problem which occurs overseas. Yet there are an estimated 137,000 girls who suffer in silence because of FGM, right here in the UK. Longstanding work to raise awareness and support victims is done by the National FGM Centreand The Dahlia Project, established by inspirational FGM activist Leyla Hussein, herself a FGM victim, who has campaigned tirelessly on this cause for years. Positive change is starting to happen. This month saw the first FGM conviction in the UK, with a mother jailed for eleven years, and our first ever FGM Bill – an strong amendment of existing legislation – is about to be passed in to law any day now.

We’ve had a great few years in film and TV recently – with Get Out, Black Panther, Crazy Rich Asians, Killing Eve and Us. Yet one of the reasons these films have made massive media splashes, is that they represented long-overdue firsts: the first black Marvel superhero to get a standalone film, the first all Asian-cast Hollywood movie to break the box office, the first black man to win the Oscar for best original screenplay, the first Asian woman to win a Best Actress TV Drama golden globe.

It shows how far this industry still has to go, if we are experiencing these firsts as late as 2019, if representation is still limited, and often tokenistic. That’s why the inspirational campaign group Legally Blackhas sprung up- with its viral posters calling out the industry’s severe lack of diversity, and drama school and talent agencyIdentity; which aims to support actors from diverse backgrounds in the truest sense; by calling the industry to account for tokenistic or narrow minded casting.

I know, how old school, right? But with currently Brexit exposing the shambles of our government, it’s a pivotal moment for young people and politics. Angry that your voice was not heard in the Referendum? Passionate about causes you think are being ignored by our current government? Why not get involved yourself? The average age of UK MPs is 50. We need young, vibrant and diverse voices to get elected, to better represent us and there are many amazing organisations doing just that, like Youth Politics UK, UK Youth Parliamentand the brilliant Brexit-focused FFS.