George Young, who suffers from Batten Disease variant CLN8, is one of the youngest children in the country to have dementia, which typically affects people over 65.

A four-year-old with dementia has forgotten his first words as the cruel disease robs him of his childhood.

The non-verbal youngster, who was diagnosed at just three years old, is also unable to stand and will eventually require feeding through a tube.

In an attempt to give her son as many memories as possible, George’s mother Claire, 35, has devised a ‘bucket and spade list’, with the youngster so far riding in a helicopter, driving in a sports car and meeting soldiers at Buckingham Palace.

Claire, who is speaking out to raise awareness of childhood dementia, said: ‘I didn’t know it could happen to little ones at all and you especially don’t expect it to happen to one of your own.

‘It is heartbreaking to know that I am going to lose him, but we are trying to make the most of it.’

George, from Kenilworth, Warwickshire, is one of just two boys in the UK to have the specific variant of Batten Disease. The Batten Disease Family Association (BDFA) estimate there are around 150 children and young people with the condition. 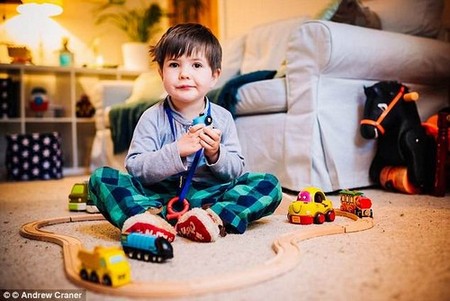 George Young, four, has forgotten his first words as dementia robs him of his childhood 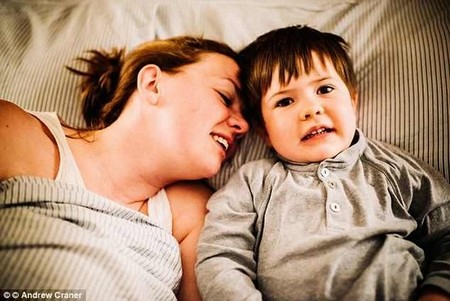 Pictured with his mother Claire, 35, he is one of the youngest dementia sufferers in the UK 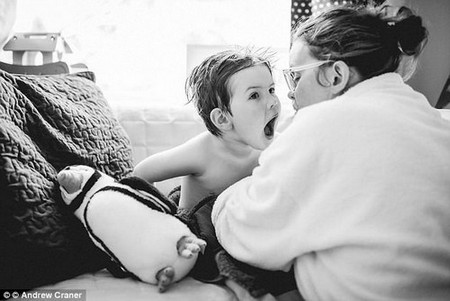 Despite being non-verbal, Claire says her ‘lovely’ son is ‘such fun, full of mischief’

WHAT IS BATTEN DISEASE CLN8? THE CONDITION THAT AFFECTS JUST TWO BOYS IN THE UK

Batten disease is a fatal, inherited disorder that impacts the nervous system.

CLN8 is a gene on the eighth chromosome, which gets passed on from two unaffected parents.

There are only two known male sufferers of this form of the disease in the UK.

Batten disease itself often starts as subtle personality changes or slow learning, before developing into cognitive impairment, and loss of sight and motor skills.

The CLN8 form of the disease is defined as drug-resistant epilepsy with progressive cognitive decline. Dementia can occur.

Loss of speech and movement has been reported.

Most sufferers are unable to walk or stand by their teenage years.

There is no cure for Batten disease. Treatment focuses on managing symptoms.

‘It turned our world upside down’

Speaking of her son’s condition, Claire said: ‘He developed normally as a little boy, he hit all his major milestones.

‘He did have a speech delay when he was two, but he did have a few words so it wasn’t a major concern.’

Yet, in October 2016, George started having seizures at nursery and was later diagnosed with epilepsy.

Despite his diagnosis, doctors were suspicious of some of his other symptoms and, in February 2017, he was told he had Batten disease.

Claire said: ‘It would be an understatement to say it turned our world upside down.

‘Last year I was just in this sort of haze for ages, accepting that news about your child, not knowing what the future holds for him.

‘It’s been incredibly difficult but it will change me as a mum and as a person forever I’m sure.’

Fortunately, the pediatric neurologist who looked after George at Birmingham Children’s Hospital had a particular interest in the condition, which allowed a diagnosis in only three months, rather than the usual two years.

Speaking of how their lives have had to adapt, Claire added: ‘A routine is very important for children with this condition.

‘It helps keep them calm and stable and it helps their expectation of what’s about to happen.

‘It’s quite normal to an extent, getting up, having breakfast and going to school, but there are just medical bits to do.’ 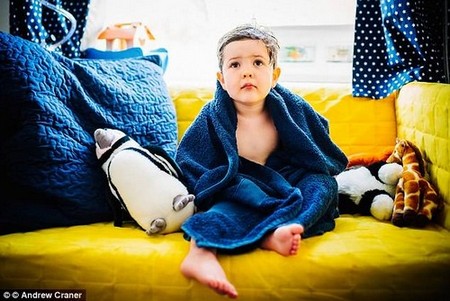 As well as being non-verbal, George cannot stand and will one day require a feeding tube 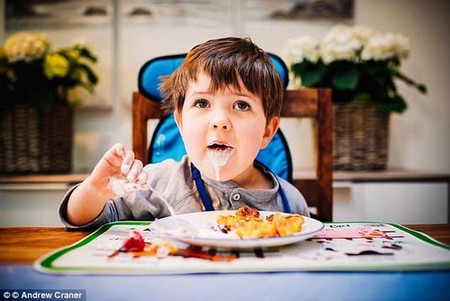 Like any family, Claire says they get up and eat breakfast, but have ‘medical bits’ to do as well

WHAT IS EARLY-ONSET DEMENTIA?

Early-onset dementia is caused by the same conditions that lead to the disorder in older people. Alzheimer’s is the most common.

Young-onset Alzheimer’s disease affects people under 65 and makes up around four per cent of the condition’s sufferers.

It occurs due to a single gene, which affects around 600 families worldwide.

These symptoms get worse over time.

Most cases are not inherited but are thought to be brought on by a combination of genetic and environmental factors.

There is no cure. Treatment focuses on managing symptoms.

There is no treatment for George’s form of Batten disease and the youngster is therefore expected to rapidly deteroirate.

Claire said: ‘It’s a massive life lesson and it is heartbreaking to know that I am going to lose him, but we are trying to make the most of it.’

Speaking of George’s ‘bucket and spade list’, Claire added: ‘It’s a list of things I would have done with him in years to come but won’t have the opportunity, so I want to try and do as much of that with him while I have the chance.

‘There is a theme. He loves the speed – it brings out such emotion in him.

‘Because he doesn’t have any language it’s so important to hear him laugh, express himself and get excited.

‘All these amazing things help him do that and so I want him to do as many of those as possible.

‘Despite not being able to speak now, George is such fun, full of mischief, he loves being in company and is just a lovely little boy to be around.’

George and his mother plan to visit ‘Dippy the Dinosaur’ at Birmingham Museum, as well as going indoor skydiving and on a tobogganing trip in Europe, arranged by the Make-a-Wish charity. 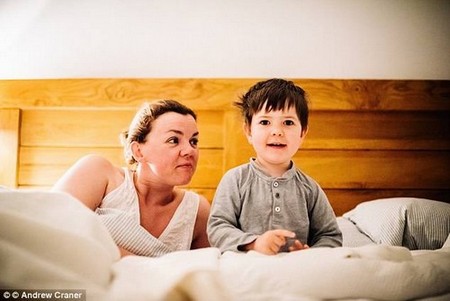 Campaigning to raise awareness of dementia in the young

George has played a central role in the ‘Dementia Strikes Children Too Campaign’, which calls for better clinical education, including research into its prevalence and a push for earlier diagnoses.

Claire said: ‘The strategy is to get MPs commuting to work to see these posters, stop and have a think.’

A Facebook Group has been set up to provide Battens families with a forum where they can share their experiences and advice.

The BDFA, which supports families across the UK, also organises an annual conference day, which gives families the opportunity to meet.

BDFA spokeswoman Harriet Lunnemann, said: ‘We help the families to understand what this means for their child or young person and also work with professionals to raise awareness of childhood dementia.

‘We enable professionals to find strategies to care and support those with the complexity of childhood dementia and Batten disease.’

Two sisters were previously thought to be the youngest ever victims of dementia after being struck down by the disease at just six and 10 years old.

Older sister Emily, who died at just 21, was diagnosed with a form of Alzheimer’s disease when she was six years old, while her sister Sarah, now 19, developed the condition at 10.

Sarah, who is also expected to die young, is no longer able to walk, talk or write her name and is forced to communicate via an iPad.

Their mother Lisa, 48, from Letchworth, Hertfordshire, said: ‘It has robbed us of so much.

‘We cried and cried for all the things they would be robbed of…boyfriends, a husband, children. The list was endless.’

Two sisters were thought to be the youngest ever dementia sufferers – one has since died and the other, Sarah (bottom middle), is unable to walk or talk. Pictured with mother Lisa, the girls’ father, Mark, also 48, and their brother Harry, 20

To give George as many experiences as possible, Claire has devised a ‘bucket and spade list’

George, who ‘loves speed’, has so far ridden in a helicopter and a sports car

To raise awareness, pictures of children sufferers will be posted in Westminster tube station

Patients are overdosing on paracetamol due to a shortage of dentists

Could cannabis treat autism? Scientists will investigate the effects of marijuana in the disorder