The mastermind architects, known for Apple’s new Cupertino, California, headquarters and the stunning new (and verdant) Bloomberg London offices, have created a conceptually futuristic Chinese base for DJI, one of the leading manufacturers of drones and other aerial photography systems.

Drone-fighting rings and a sky bridge turned drone-launching platform seem like something out of dystopian fiction, but soon, Foster + Partners’ latest vision will become a reality.

Foster + Partners recently released plans for the Shenzhen headquarters, showcasing a design that features twin skyscrapers cantilevered from the building’s base by substantial steel trusses. Connecting the two buildings is a glass sky bridge that doubles as a launch pad for drones.

“The innovative suspension structure reduces the need for columns, thus creating impressive and uninterrupted office and research spaces,” the company said in a statement. 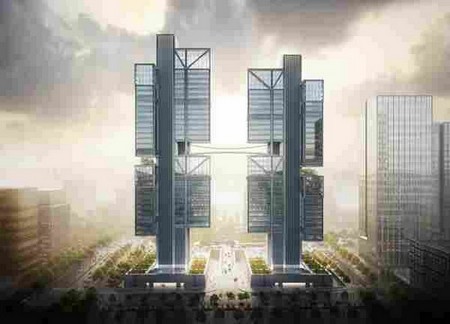 “It also allows for quadruple-height drone-flight testing labs that are unique to DJI, while giving the towers their distinctive identity, against the backdrop of the city’s skyline.”

The two-tower design also helps to separate public and private spaces within the secretive company. The east tower will house research and development teams, while the west towers contain the office’s main entrance, more office space, and a public theater (similar to the one seen on Apple’s new campus).

A rendered look inside of the new Foster + Partners–designed HQ for DJI.

The building’s other unique features are focused primarily on the company’s 6,000 employees. Attractive perks include minimalist Zen gardens on the ground floor and elaborate sky gardens on the roof, as well as futuristic gym and cafeteria offerings, all aimed at keeping workers on-site and productivity up. “Our aim is to create a unique workplace environment that embodies the spirit of invention and innovation that has allowed DJI to lead the world in robotics and technology,” explained Grant Brooker, Foster Partners’ head of studio.

For now, the renderings, which show drones buzzing about in the background, look like something from a Marvel film – but construction is under way, and Foster + Partners says the building will be complete as soon as 2019. 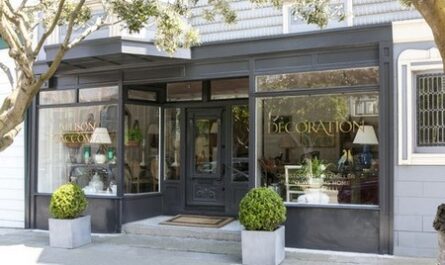 What to Know If You Want to Open a Design Shop