First you need to learn to navigate various dating apps (Bumble, Chappy, Happn, Tinder, to name but a few) and labour over the perfect profile picture, then you need to pique a potential partner’s interest with a killer opening line… and that’s all before you’ve even met.

Forget the good old days of meeting someone in a bar and embarking on a modern ‘courtship’. As anyone who has attempted to find love in 2018 knows only too well – modern dating is an absolute minefield.

After a potentially awkward date, one must sit and await their fate. Throw into the mix a plethora of differing ways of being rejected and it’s enough to crave celibacy for the rest of your days.

And while you’ve probably heard of – or actually *been* – ghosted, there’s a whole host of new dating terms to get to grips with. 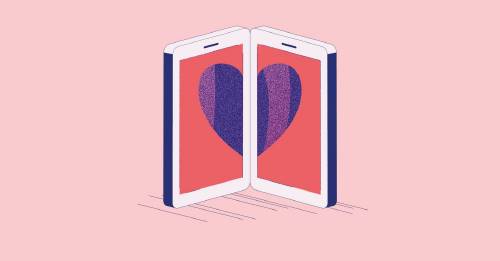 Want to be in the know? Of course you do.

This term denotes being someone’s guilty secret with no introductions to friends or family. Awks. “It’s like they are ashamed of you or hiding you,” says Dennie. “It’s also a real indicator of a manipulator and someone who wants to end up controlling your activity,” she said.

While ghosting describes someone who suddenly disappears off the face of the earth with no explanation, ‘zombie-ing’ is the act of suddenly re-appearing and acting as if nothing has happened.

Ever have the feeling the person you’re dating is also dating? Welcome to benching. “Benching is when you are clearly someone’s Plan B or C while they clearly shop around for a better ‘deal’,” she said.

Is there anything more infuriating than being on a date with someone who is paying more attention to their phone? You’re officially being side-barred. “This is when you’re on a date and your partner is constantly on or distracted by their phone, unable to be completely present with you,” explains Dennie.

While ‘ghosts’ vanish from the face of the earth, perhaps more infuriating is a ‘haunter’, who clearly spies on you via social media without actually making any direct contact. Boo.

We seriously need to talk about eating disorder ‘triggers’ more