Forbes has released its annual richest people in sport – and not a single woman made the cut. Not a single one.

Topping the list is Boxer Floyd Mayweather with a 2017/18 earning of £212 million, followed by Lionel Messi with £82 million and Cristiano Ronaldo with £80 million.

We know what you’re all thinking – where the hell is Serena Williams? As the only woman to make the list last year, in 51st place having earned £20 million, Serena, who took time off to have a baby, is notably absent.

Speaking about the list, Kurt Badenhausen, a senior editor at Forbes, said: “Forbes’ lists of top-earning athletes have long been testosterone heavy. But there has always been at least one female athlete, and as many as three, who qualified since the list was expanded to at least 50 names in 2010. Not this year.

“Tennis ace Serena Williams was the only female athlete last year after a drug suspension knocked Maria Sharapova from the ranks. Williams falls short this year after being sidelined almost the entire 12 months due to pregnancy and giving birth to her daughter, Alexis, in September. Williams remained engaged with her partners during the year and banked an estimated $18 million off the court from sponsors Nike, Wilson, Intel, JPMorgan Chase, Lincoln, Gatorade, Beats and more.” 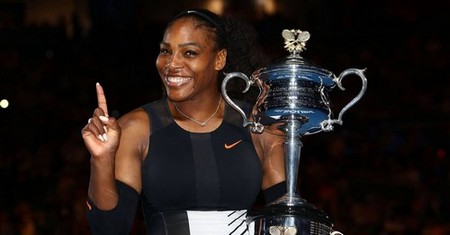 She may not have made the list but, in our humble opinion, Serena is a total badass. As well as being one of the world’s most talented athletes, Serena Williams is an outspoken and unapologetic feminist.

Ellen DeGeneres, is she really that sorry?