We, women, watch the stars not in the sky, but on their own feet, especially in the summer, when we began to love skirts more than pants, – very annoyingly. According to statistics, every third woman knows about varicose veins not by hearsay. The disease is not confined to cosmetic troubles, it requires an attentive attitude and a proper approach to treatment and diagnosis. About the origin of the vascular asterisks on the hips and lower legs and what to do with them, recognized the correspondent of SE. 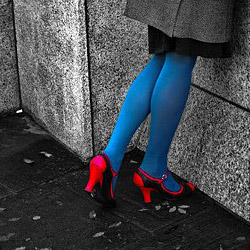 Natural causes
Varicose veins are known to mankind for a very long time, long before the appearance of mini skirts and heels. According to the figurative expression of doctors, varicose veins are a payment of humanity for the ability to walk on two legs. “The main risk factor for the development of the disease is our uprightness. The veins experience a constant powerful hydraulic load, because of which their expansion occurs, the outflow of blood is disturbed, “says Vitaly Khudashov, MD, vascular surgeon of the Road Clinical Hospital.

According to the doctor, the disease develops mainly in women of reproductive age, and the most frequent resolving factor for the disease is the period of pregnancy. The main reason for this is the female sex hormones, in particular the hormone of the second phase of the cycle (it is the hormone of pregnancy) progesterone: “Progesterone helps to relax the smooth muscles throughout the body, including provoking the expansion of the veins,” explains the gynecologist of the medical center “Catharsis” Rauza Loginova. That is, in itself, the natural hormonal background of a woman can provoke a disease. And, if pregnancy is an indirect cause of the disease in vivo, then taking oral contraceptives (OC) is a provocateur in conditions of “unnatural”: “Hormonal contraceptives are analogues of natural hormones. And the veins, as well as the uterus and the ovaries, are very sensitive to their action.

Thus, OK are also a test for the strength of blood vessels, although to a lesser extent, than pregnancy, “

Of the other risk factors, doctors singled out a few that women are also useful to know about. The most relevant of them now is the summer period. “A person loses water, blood condenses, while soaking up the moisture begins to be stored in reserve, deposited, one of the depots – the venous system of the lower extremities. Therefore, the burden on the veins at times increases, “- says Vitaly Khudashov. 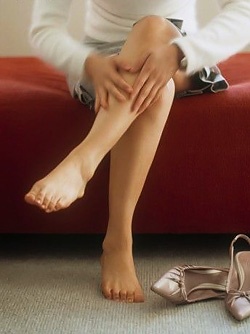 Harms (albeit indirectly) the high heel known for its unprofitableness: when the shoe is worn on the heels, the foot does not bend, due to this, the contraction of the muscles is wrong, the blood is badly expelled from the veins.

Setochki, posts and knots
However, wearing a heel affects primarily the deep veins, and not subcutaneous, bloating and is the main subject of conversation. In general, according to the doctor, there is a lot of confusion with the concept of varicose veins. For example, a well-known vascular reticulum on the legs does not necessarily represent a danger.

According to the doctor, spontaneous expansion of the vascular inside the skin (for example, after playing sports) can be a completely harmless individual feature. This is the so-called intradermal varicose veins, with the appearance of mesh and asterisks.

The second type is varicose veins, when the trunks of veins and blisters become visible. “If there are nodules, then there is already destruction of the valve system of the subcutaneous veins,” says the vascular surgeon. At this stage, thrombi can form, which pose a threat to life and health. The third type is varicose veins of the lower extremities, the most serious, but it may not be visible at all.

“One visible vascular can be no more dangerous than a freckle on the face, and the other can talk about the onset of serious violations in the venous system,”

– the surgeon Vitaly Khudashov calls on to consult a specialist to recognize serious violations and calm down if there is no cause for alarm. 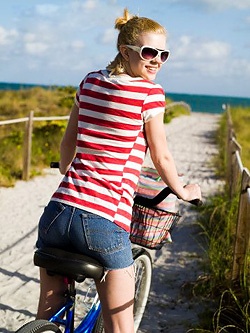 We cover the wounds

If the symptoms started on the background of taking OK – you need a special approach to the gynecologist. As Rauza Loginova explained, she prescribed hormonal preparations to women with a susceptibility to enlargement with caution, sometimes only on strict indications: “Many women today are shown these medications as a remedy. We expect the presence of complications and prescribe drugs at certain, fixed intervals. ” In addition, in the practice of doctors – prescribe along with the venotonic drugs – drugs that help keep the vascular wall in a tone and facilitate venous outflow. As for compression lingerie, doctors are not inclined to prescribe it to everyone in a row, and even more so for prevention.

“Women who wear compression knitwear for prevention are very often unhappy with the effect: it’s time, money and discomfort,

– complains the vascular surgeon. “And varicose is still developing.”

If, in addition to the pattern on the leg, such symptoms as heaviness, swelling, pain and discomfort in the legs appear, it is a signal that help is already needed. But to be afraid of consultation it is not necessary. “Pain, cramps and other symptoms can be a consequence of flat feet, which the woman often does not suspect. She turns to us, but it turns out that she just needs to choose the right insoles, “said Vitaly Khudashov. In case there is a vascular pathology, the doctor prescribes ultrasound of the vessels. And on the basis of his decision on the need for surgical intervention. This is the only way to eliminate the problem: already affected veins do not return to form by themselves.

But it is necessary and necessary to support what is. By the way, summer is the best time for doing prevention. Swimming and cycling – according to doctors, the most useful types of exercise for problem feet, so that you are treated pleasantly! 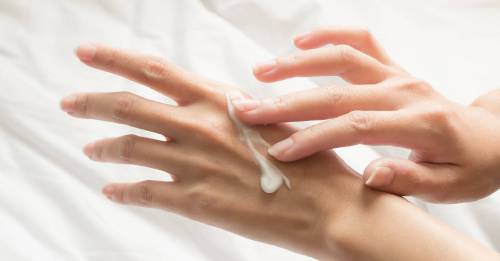 Everything you need to know about eczema