Using up bits of stale bread in dishes both sweet and savory is a frugal cook’s trick as old as bread itself. Though less well known than, say, Thanksgiving stuffing or bread pudding, bread salads fall in this category.

These satisfying salads are made by tossing together leftover bread, colorful vegetables, and a tangy dressing. Fattoush is a version of this salad made throughout the Middle East using leftover pita bread.

Fattoush is served all over Jordan, Lebanon, Israel, and the surrounding countries. The pita flatbreads are cut into pieces and either fried or baked.

I like baking the pita since this avoids the need for a vat of hot oil. Baking also gives you small chips that add a delightful crunch to the salad. The chips are so addictive you’ll find yourself making them often, for all kinds of purposes. 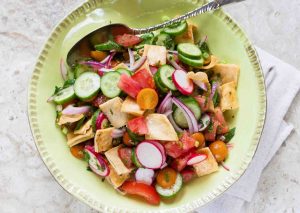 Use scissors to snip the pita rounds into small squares and rectangles, then toss them with olive oil and spread onto a baking sheet to bake. Don’t worry about whether they’re in a single layer or clustered together. Stir and flip them a couple of times during baking until they’re golden and crisp.

Assemble the salad with cucumbers, radishes, tomatoes, scallions, and red onion, but wait until just before serving to toss it with the dressing so that everything stays crisp. Be sure to use plenty of mint and lemon juice!

All together, you have one of summer’s most refreshing bowls.

For the pita chips:

1 Prepare pita chips: Set the oven to 375F. With kitchen shears, cut the pita round into 1-inch pieces. In a bowl, sprinkle the pita with just enough olive oil so a drop lands on each piece. Toss well. Sprinkle with salt and toss again. 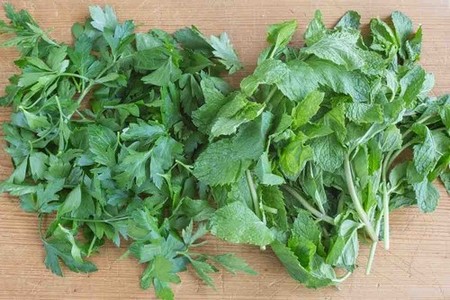 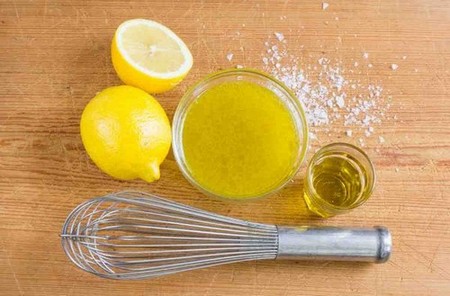 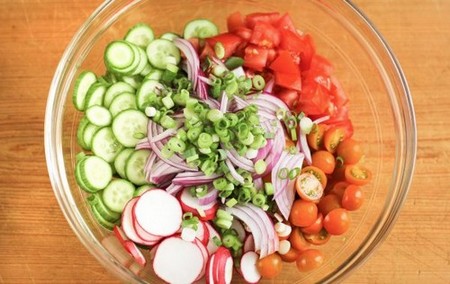 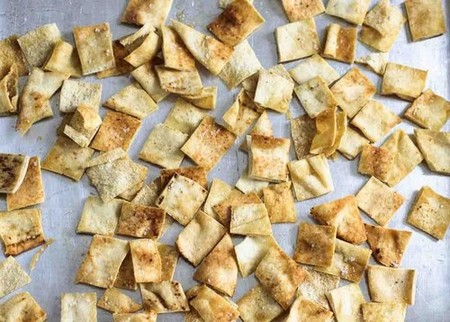 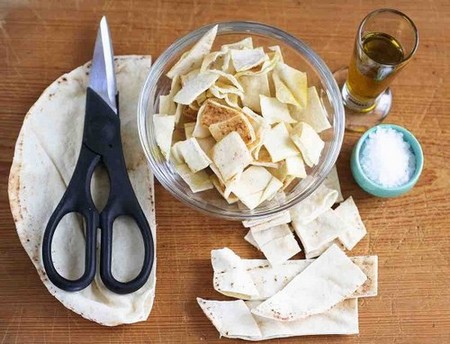 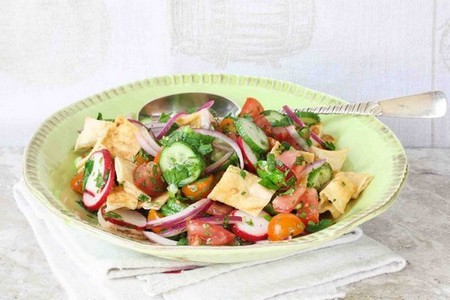 3 Prepare the vegetables: In a large bowl combine the cucumbers, radishes, large and cherry tomatoes, scallions, and red onion.

4 Dress the salad just before serving: Sprinkle the lemon juice, olive oil, salt, and pepper over the vegetables and toss gently but thoroughly. Add the mint and parsley and toss again. Taste for seasoning and add more salt and pepper, if you like. Add the pita chips and toss gently to avoid crushing them. Serve immediately. 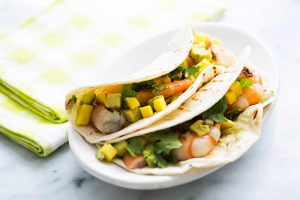