It should come as no surprise, then, that Gomez’s latest hair transformation is actually inspired by Aniston’s iconic Friends character, Rachel Green.

The Rare singer stepped out for an appearance on The Kelly Clarkson Show in early March sporting a haircut resembling “The Rachel,” the choppy layered cut Aniston made popular on Friends. Gomez’s is a bit longer, but the inspiration is undeniably there. It was even confirmed by the singer’s hairstylist, Marissa Marino, who wrote on Instagram about the new look: “Hair inspo was ‘The Rachel’ meets Goldie Hawn in First Wives Club.”

Selena Gomez has made her love of both Friends and Jennifer Aniston well-known. In fact, the two women are good friends and last chatted about their connection on The Ellen DeGeneres Show earlier this year. (Gomez was a guest, while Aniston guest-hosted.)

“You really are a genuine Friends fan,” Aniston said to Gomez. “It’s amazing. We’ve known each other for years. You’ve been to my house. We’ve had pizza. Girl after my own heart – do we love a pizza or what? We love a pizza.”

It’s only March, but 2020 has been an incredible year for Gomez. Her third studio album, Rare, was released in January and earned rave reviews from critics. Aniston, meanwhile, is coming off an impressive awards-season run with her hit Apple+ TV series, The Morning Show. Now, if only S and J would do a movie or show together.

In that aforementioned Ellen interview, Gomez opened up to Aniston about meeting her for the first time. “I think we were at Vanity Fair’s something event, and I was there with my mom, and I walked into the bathroom and I saw you, and you were just like so nice,” Gomez recalled. “You just walked out of the bathroom and you were going back, and my heart, like, stopped. And I freaked out and I ran to my mom and I was like, ‘Oh my God, I just saw Jennifer Aniston.’” Really, can you blame her? 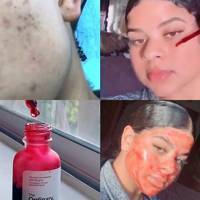 A teenager sparked sales of 100,000 serums after posting