The desire to have time as much as possible per unit of time is a disease of the XXI century. Get to work until the traffic jams have begun; buy a dress until the sale is over; To make a career, until the children appeared; to marry, while they take …

In connection with this race, some are rushing to the crown at a young age, while others lay aside marriage until the conditions are ripe. The correspondent of SHE found out what dangers harbor early and late marriages and at what age it is worth getting married.

Regardless of their place of residence and religious beliefs, women still marry at an earlier age than men. First, women are ripe early – both physically and psychologically. And secondly, being a potential support for the family, a man must prove that he is capable of it – somewhere for this you need to learn how to shoot a bow, and somewhere to find a good job. In any case, all this requires a certain amount of time. For marriage, women and men go in different ways – the first at the level of instincts, the second ripen along the road.

“A man, as a rule, goes in the direction of creating a family, when he changes his internal state, for him this is some kind of surprise. And a woman’s desire to create a family is inherent in nature, “says the director of the Harmony Center Nikita Lozin. 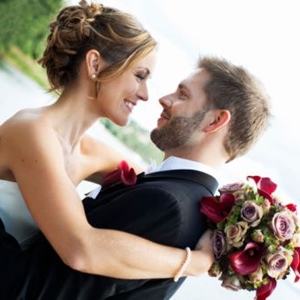 This naturalness of the process is disturbed by world progress: “The world has expanded, Now there is more variety, opportunities for career, material, for training, for movement. Naturally, there are more temptations and desires. Now any person can create a marriage in any part of the world. And earlier in one village or in one district, no further. ”

Student marriages survived their boom – modern 18-year-old girls and 19-year-olds do not want to hide in the hostel, but they want to taste all the delights of life. As a result of one of these delights, forced marriages arise as a result of pregnancy. “Most often this indicates that the family was not a very good relationship,” said Igor Poperechny, director of the Center for Medical Sexology and Psychotherapy.

– When children are trying to marry early, it’s too early to enter into a love relationship, they just run away from the family, hide behind another person and most often this is a characteristic of the lack of love for the child, so he starts on the side to seek love, not understanding what it can lead. ” 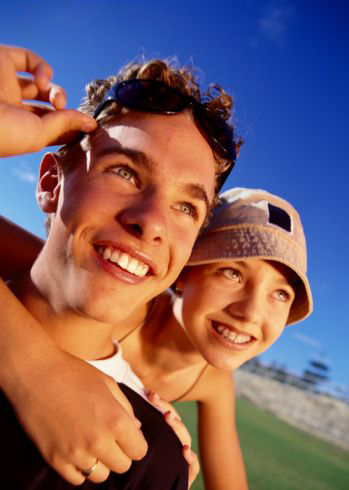 And it can lead to disastrous consequences. Experts believe that marriages, where the bride or groom has not reached the age of 20, end in divorce two to three times more often than later marriages. “At such a young age they marry without thinking, because a loved one, because they can not live without him. And the more one delays marriage or marriage, the more they realize that all people are imperfect.

The more difficult it is to enter into a state of love, there is more calculation already, “- says Nikita Lozin. The ease of being becomes unbearable later, when partners get to know each other and themselves. “In early marriages, it turns out that people get married without knowing what to do, how to conduct family relationships, it is always a set of experiences, and this person can gain experience long enough. Therefore, early marriages are overwhelmingly short-lived and fragile – everyone starts pulling the blanket over themselves, “says Igor Poperechny, emphasizing that marriage is the existence of two equal people, and not an attempt to win someone. In the early marriages, comic disputes and debates over time develop into serious conflicts, flavored with intolerance.

A clear time interval – where the marriage ends on time and the marriage begins later, it is difficult to name. However, according to Igor Poperechny, the absence of a family in 40 years (this age is secretly considered the reference point) is a sign of a person’s problems: “A person can not build a relationship, he is not confident in himself, so he tries all the truths and crooks, then the activity, the employment postpone this relationship. ”

The desire to postpone the creation of a family for later does not hinder the creation of civil marriages. Many people who are late marrying had two or three test marriages behind their shoulders, without official registration. “Now there is no clear division – before marriage and after marriage,” says Nikita Lozin.

– Many people often live with other partners in a civil marriage before they formalize the relationship. Should it be considered a marriage or not? ”

Regardless of how you answer this question, the experience allows you to understand your needs and understand the mistakes. “Having experience, a man who is not satisfied with a real marriage, understands what he can exchange it for. And begins to change or create the conditions for change. Therefore, late marriage is more robust, “continues Mr. Lyozin.

Problems in late marriage usually arise with a large age difference between partners. “When a person is under 40, he gets the feeling that he knows a lot. Usually such people try to marry people younger than themselves, this creates a somewhat mentor attitude, arrogance, indulgence towards the younger. Naturally, this also breaks the relationship, “warns Igor Poperechny. Normal relations are preserved only with the unquestioning authority of the senior partner – as soon as the younger grows up and becomes more self-confident, the older one is already difficult to be at the same height.

Everything has its time

If there are early and late marriages, it can be assumed that there are also timely ones – when it is no longer worth waiting for. Experts rely solely on the reproductive function of women. “We still have the opinion that a woman should give birth at the age of 22-23, I think that it is unfair. To marry early usually try the hysterical nature, who are looking in their partner for the replacement of the pope, – says Igor Poperechny. 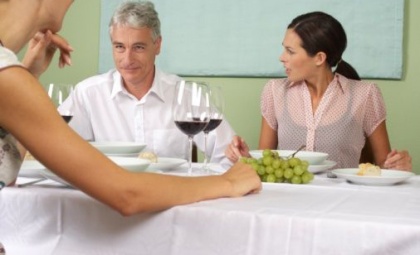 “By the way the social situation develops, I think that the age from 24-25 to 33 is normal for a woman, this is not a late marriage.” Men do not advise Mr. Transverse to marry before 30 years,

explaining his point of view with a later awareness of responsibility for marriage and for children: “It’s one thing when they put before the fact – a woman is pregnant and we have a baby. It’s another matter when he himself wants this child and is ready to invest all his strength and energy to be with him all the time. This desire usually occurs in men after 30 years. ”

Without knowing it, the sociologists of the University of Pennsylvania agree with the transversal psychotherapist who compared marriages concluded by 20-year-old people with marriages concluded at the age of 30. It turned out that the 30-year-olds have warmer and more intimate relationships in the pair, in addition, they are less likely to think about divorce. Scientists suggest that the case in experience and growing up – the representatives of the second group better understand their true needs and make a more correct choice.