The film features Maye Musk, a 69-year-old model who joined the CoverGirl roster in September 2017 and aims to encourage women to ignite the person they truly are. “We’re highlighting age in our campaigns as a way to convey that age actually doesn’t matter. Partnering with Maye Musk as a CoverGirl is meant to demonstrate that you can be strong, fearless, and beautiful no matter what age, race, or gender you are,” Ukonwa Ojo, senior vice president of CoverGirl, tells us.

“By partnering with someone like Maye, we want to highlight that age is just a number and not a defining factor, and you can be strong and fierce at any age.”

In a time when everything seems to be skewing younger, some brands are taking action against ageism. Tonight, as we gather to watch the 90th Annual Academy Awards with Hollywood’s leading ladies (three of whom are nominated for best actress are over the age of 40 this year, which is a step forward in an industry long criticized for its preferential treatment toward young actresses) and gentlemen, there will also be countless commercials telling us what we need to look beautiful and youthful. But CoverGirl is launching a new film that aims to flip the script on society’s standards of beauty, and we have an exclusive first look.

Not only has Musk been modeling for five decades, but she also holds two masters degrees and works as a dietitian. As a self-proclaimed “fire starter,” she has always felt strong, graceful, ferocious, and beautiful regardless of her age. “I’ve had the benefit of working with a lot of wonderful artists through the years, and it’s a fascinating process: you start as a blank canvas and then a transformation occurs, but there’s always a very real and honest piece of me there, too,” Musk said in a statement. “I think that’s one thing that’s kept me working in this industry for so long, my interest in self-representation. It’s a big part of my role as a dietitian, too–helping people feel happy, healthy and confident exactly as they are.”

“We were drawn to Maye because she is a leader in every sense of the word, from modeling for top designers to pursuing two Master of Science degrees to running her nutrition business for over 45 years,” says Ojo. “Maye Musk is not only a timeless beauty, but a visionary who has always followed her own path, creating new opportunities and paving the way for so many others who might not meet the industry standard of ‘model,’ but are truly beautiful in every regard. This is exactly what CoverGirl is all about: owning your identity and proudly sharing with the world all the facets that make you, you.”

The film surrounds CoverGirl’s new Smoky Eye Palette, tying into the fire starter theme, and opens to Musk embracing her feminine energy and youthful spirit while dancing on top of a rooftop.

“Where there’s smoke, there’s fire,” you hear her say.

“We hope whoever sees this video will be inspired by Maye’s fearlessness and overall spunk; how she’s being unapologetically herself and owning how she feels. She refuses to buy into ageism and traditional beauty standards, which is what we’re always championing here at Covergirl,” says Ojo. “We want everyone to toss the one-dimensional views of beauty and to remember that we’re all different, we’re all beautiful, and we should be authentically who we are, without apology.”

As for what’s next for the brand? Ojo says they are on a mission to make everyone feel represented in CoverGirl campaigns. “We plan to feature strong individuals from all walks of life,” she says. 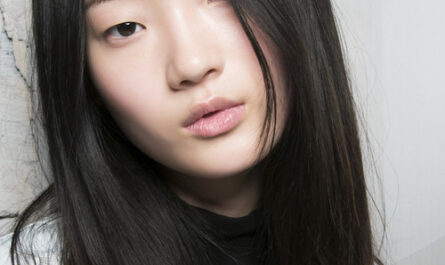 Everything We Know About Jason Momoa’s Aquaman Movie