However, there’s still a lot of confusion as to what it actually entails, and a lot of debate over the success rates. Here, we speak to some of the experts in the field to clear up everything you need to know about freezing your eggs.

Whether you want children in the future, are undecided, or want to preserve your options due to medical reasons, the decision to freeze your eggs has become far more accessible over the last decade or so.

Numerous fertility clinics have opened up across the globe, not to mention the technological innovation behind fertility treatments, which has served to promote the process further.

WHY DO PEOPLE FREEZE THEIR EGGS?

There are many reasons why someone might decide to freeze their eggs, and each decision is extremely personal and unique. One of the most common reasons is that a woman isn’t ready to have children or hasn’t met the right person, but knows she wants children one day.

Another common reason is if a woman is scheduled to receive medical treatments that affect fertility like chemotherapy, and freezing eggs helps to preserve the chance of having children down the line. Others may be inclined to freeze their eggs because they haven’t decided on whether or not they want children, but want to remove any feeling of time pressure from their decision making process. 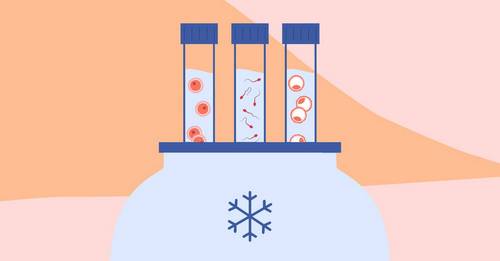 WHAT DOES FREEZING YOUR EGGS INVOLVE?

“The egg freezing process is similar to a cycle of IVF, except the fertilisation and embryo transfer happens at a later date” explains Dr Ippokratis Sarris, Director at King’s Fertility. “Initially a course of daily injections (usually 2 different medications, or sometimes 3) are self-administered by the woman. These aim to stimulate the ovaries to produce a number of growing follicles (fluid-filled sacs within which the eggs reside) and also to control the ovulation so that these eggs can be collected.”

The daily injections continue for a couple of weeks, known as the ‘stimulation phase’. “During this phase, ultrasound scans are performed every few days looking at the ovaries in order to monitor the progress of the growing follicles and occasionally a blood test to check hormone levels,” says Dr Sarris.

“Once the follicles have grown sufficiently, and to a size where it is expected that a mature egg will be retrieved, a final ‘maturation injection’ is given, followed by the egg collecting procedure two days later.”

The collection procedure itself is carried out under anaesthetic (usually sedation, but sometimes local or general anaesthetic is used). “Using ultrasound guidance, a needle is passed through the vagina wall, then into the ovaries, and into each of the follicles,” explains Dr Sarris. “The fluid from within the follicles is drawn out and taken to the laboratory. An embryologist will look at this under a microscope in order to retrieve the eggs. The eggs are then checked for maturity and frozen within a few hours after the procedure.”
They’re frozen using ‘fast-freezing’ process called vitrification, and stored in specialised cryotanks. “The tanks are constantly monitored electronically and maintained, and the eggs can remain there for as long as the patient requires them.”

HOW MANY EGGS ARE TAKEN?

According to the experts, the number of eggs collected can vary from woman to woman. “On average, around 10 eggs are collected with any treatment cycle, although this very much depends on a woman’s age and her egg reserve,” says Dr James Nicopoullos, Medical Director at the Lister Fertility Clinic. “Some may be able to produce significantly more on an even cycle and unfortunately some less, with the key being the investigations we do prior to this to help us council the patients as to what to expect and whether it is the right thing for them.”

ARE THERE ANY AFTER EFFECTS?

“The procedure usually lasts 20-30 minutes, and after 1-2 hours of recovery, the woman can go home,” says Dr Sarris. “There might be a small amount of spotting from the vagina, and occasionally discomfort over the lower abdomen. However, simple pain relief medication (such as paracetamol or ibuprofen) is usually adequate in controlling it. The woman should be able to return to normal activities by the next day, and the period should arrive within the next 2 weeks. After that, the body should be back to normal and all the effects of the hormones should have passed.”

IS THE EGG FERTILISED PRIOR TO FREEZING?

It’s possible to have the egg fertilised with sperm before freezing, making it a frozen embryo – however, there are many things to think about before doing so. “My recommendation to any single woman would always be to freeze eggs initially for fertility preservation,” says Dr Nicopoullos. “The key with egg freezing is to give women reproductive choices and should she want to have a family with a future partner, having these eggs frozen will allow them to be thawed and fertilised with his sperm. If however she freezes embryos, i.e. fertilises her eggs with donor sperm before freezing, she won’t have this option available to her.

Dr Sarris raises another key consideration; “The downside is that the embryo legally belongs to two people (whoever provided the egg and sperm gametes), whereas, the egg just belongs to the woman and she can decide how it is used entirely independently.”

HOW LONG CAN AN EGG BE FROZEN FOR?

The current legal time limit that an egg can be frozen for is 10 years unless there’s medical reasoning to extend it, for example, if the woman was undergoing cancer treatment at a young age. There are current calls for the government to extend this limit.

WHAT HAPPENS WHEN YOU WANT TO USE THE EGG?

According to Dr Sarris, when a patient wants to use their eggs, they effectively need to ‘resume the process of the original cycle of IVF’ which stopped at the egg collection stage. “The egg is thawed and fertilised by the sperm,” he says. “If the egg is successfully fertilised, it then becomes an embryo which is grown in the lab over the next few days and either be put back into the woman’s womb or it can be frozen again (this time as an embryo).”

According to Dr Nicopoullos, the implantation process is very quick and no more invasive than a cervical smear test.

HOW SUCCESSFUL IS IT?

Success rates vary dramatically based on multiple factors, including the woman’s age at the time of egg collection (the younger the eggs, the higher the success rate), and her general health. “Success rate of frozen eggs remains under some debate,” says Dr Nicopoullos, “but there’s increasing research suggesting that success rates of using a frozen embryo are as similar to using a fresh embryo.”

Dr Sarris explains that if the eggs are frozen at a clinically optimum age then the chances of success will be higher. “However, it should be noted that obstetric (pregnancy) complications increase with a woman’s age. In addition, success is also dependent on how technically proficient the clinic is that freezes and thaws the eggs.” Overall, he says the absolute chance of an egg giving a baby can vary from as low as 1% per egg to 5-6% per egg.

Lord Robert Winston, professor of fertility studies at Imperial College London and expert on egg freezing and IVF has publicly warned that success rates can be misleading. Speaking on BBC Radio 4 Today’s programme, Lord Winston described the process as a ‘very unsuccessful technology’ with a success rate of around 1%. However, he later clarified that he was referring to the number of live births, rather than the number of pregnancies. Sometimes, when a clinic gives a success rate, they are actually referring to the number of successful implantations into the womb (and subsequent pregnancies) rather than the live birth rate. The distinction between the two definitions of ‘success’ can result in vastly different figures.

According to The Human Fertilisation and Embryology Authority, in 2015, 2% of all thawed eggs ended up as pregnancies and 0.7% resulted in live births.

HOW MUCH DOES IT COST?

The average cost for one round of treatment is between £3500 to £4500, and there’s usually an annual fee for storing the eggs of around £200 to £400 depending on the clinic. If you are receiving medical treatment that affects your fertility, you may be able to get egg freezing on the NHS. 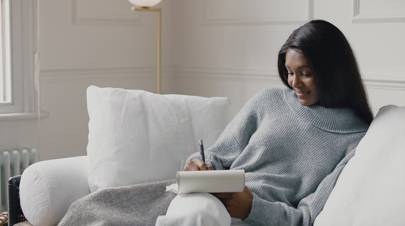