Surprise! The Duchess of Sussex is in New York City. Meghan Markle reportedly touched down in the Big Apple on Friday to spend a few days with girlfriends ahead of the arrival of her first child.

Yahoo can confirm that Markle, who is in her third trimester, was spotted having lunch over the weekend at Ladurée in SoHo. A spokesperson for the restaurant and bakery would not comment, saying the company had “no information about that.” An eyewitness told Us Weekly Markle and her friend “were having a lovely time, laughing and talking with each other.”

According to Page Six, the 37-year-old Suits alum is in town for her baby shower, which will take place Tuesday. Markle’s best friend and stylist, Jessica Mulroney, is also in NYC for the celebration and has been coordinating everything, per the New York Post. The shower will reportedly take place at a five-star hotel on the Upper East Side. People confirms that Markle’s friends are throwing her a baby shower before she returns to London. 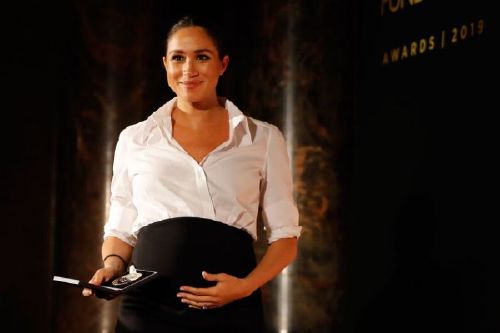 This marks Markle’s first trip to New York since her wedding in May last year. Prince Harry has not been spotted in the city. Harper’s Bazaar reports that she will be in town for five days.

“The trip is a lovely chance to catch up with friends and spend time in a city she loves,” a source close to the duchess tells the magazine, noting that the trip was planned months ago. “This will be the last time a lot of them will see Meg until after the baby is born, so it’s nice to share precious moments.”

Markle’s friends have gone on the offensive recently, defending her against an onslaught of negative press. Even George Clooney jumped in to slam the way she has been vilified, comparing the media’s treatment of her to the way Princess Diana was treated.

“She’s a woman who is seven months pregnant and she has been pursued and vilified and chased in the same way that Diana was, and it’s history repeating itself,” he recently told reporters. “We’ve seen how that ends.”

Markle and Prince Harry, 34, will welcome their first child together in the spring. It’s not known if there is a baby shower planned in the U.K. The duchess’s secret visit to NYC comes before an announced three-day trip to Morocco that she will take with her husband next week, to cast light on girls’ education and the empowerment of young people. 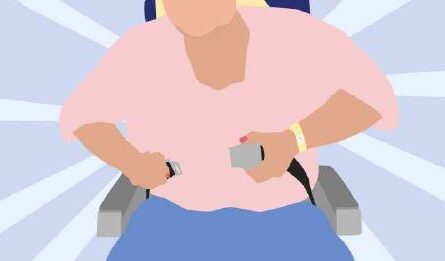 Why it’s time to take, the anger out of activism