The couple share a glimpse into their two businesses: design studio, Studio McGee, and homeware brand, McGee & Co in a series that sees them apply their signature aesthetic to multi-million dollar custom dream homes.
Interiors addicts will likely already be familiar with Netflix’s smash-hit show, Dream Home Makeover, but in case you need a refresh, it sees married design team, Shea and Syd McGee transform homes into swanky interior goals.

From new builds to dramatic re-models, we’re treated to California-cool style, modern farmhouses, lakeside mansions and mountain retreats, while Shea shares tips with viewers on how to apply the same design rules to their own homes.

The first two series are already available on Netflix, but the good news is, it’s definitely coming back for a third season, and the release date might be sooner than we think. Studio McGee shared a Facebook post teasing fans that they were getting ready to film the new series imminently, back in March. While Netflix hasn’t confirmed the exact day the new series will air, it’s looking likely to be the second half of this year. 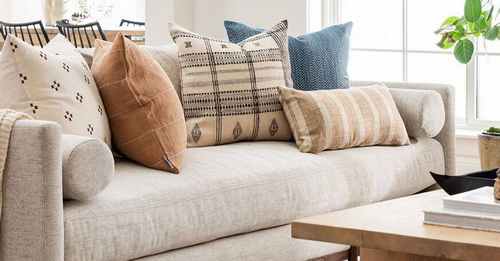 What will season 3 be about?

You can expect lots more of the same. “Episodes feature design projects that range from one-room designs to full home builds and renovations, effortlessly applying the same set of principles to every project, creating jaw-dropping interiors that are unfussy, accessible, and breathtakingly simple at any level of the budget ladder,” Netflix said.

How can we get their style at home?

Since much of the decor and furnishings shared in the show come from Shea and Syd’s own line, McGee & Co, stateside viewers can recreate some of the moments shown in their own spaces. The design house has even collaborated with Target on a more affordable interiors range. However, until the collection makes it across to the UK (and we’re keeping our fingers firmly crossed), we’ve put together a McGee & Co-inspired shopping list below…

Tyler Wants to Cover Herself in This Glitter Balm