Deciding whether or not to do it, and doing all your research to find the best place can take a lot of time, but once you have decided, clinics can actually make it all happen really quickly.

Journalist and author Sophia Money-Coutts, 35, decided to freeze her eggs at the tail end of 2019. Thus began a year long saga – thanks to a Covid interruption of course- which forced her to come face to face with many stigmas, home truths and anxieties surrounding women and fertility.

Thankfully, like any true journo, she documented the whole process in her podcast Freezing Time, determined to make the process more accessible for any woman considering the treatment.

You start taking what’s called a down regulator, which in my case was this nasal spray. It was about 10 days before my period was due. It basically puts you into an early menopause, which sounds weird, but it’s because what they want to do is turn your brain off, basically, so that you don’t ovulate any eggs too early in that cycle because they want to catch those eggs before your ovaries release them.

You then get your period, and that is when you then start injections, which then make your ovaries produce normally. I think you’ll produce around 20 eggs a month. What they want to do is to make as many of those eggs secure as possible. When you’ve been doing injections for about two weeks, at the same time as you still take your nasal spray at half the dose. Then, 36 hours before your operation you have what is called a trigger injection, and it’s a sliiiiightly bigger needle…which tells your ovaries it is ready to release. They stick it through your vaginal wall (you don’t feel it) and retrieve as many eggs as they can. I was incredibly lucky to have got 22 eggs, which are all sitting in a tank waiting for me now. A lot of people get less and have to go through multiple rounds, so I feel very fortunate. 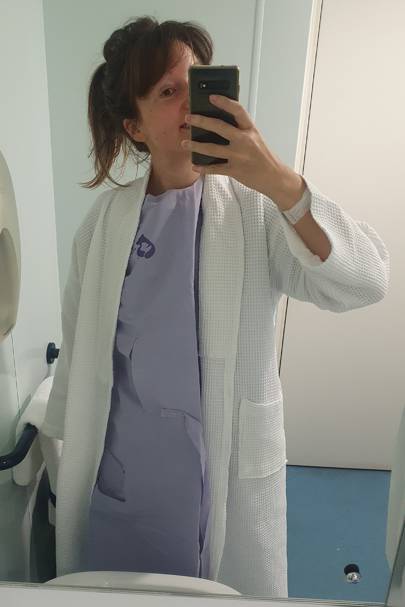 There’s a choice between freezing eggs and freezing embryos…

You can either just have your eggs frozen, or choose to get a sperm donorand have them made into embryos which you can freeze. Many people told me to freeze embryos and that’s a really hard thing to hear because it makes you confront the idea that you might be a single mother at some point. It is a big emotional jump to make and I personally, in my situation, just couldn’t get my head around it. I decided just to freeze my eggs for now.

Your emotions will go on a rollercoaster…

Towards the end of the process, right before my operation, my oestrogen levels were incredibly high, I felt pretty great. Almost like a man really- I was checking out guys in the park! It gives you a really high libido! I also wasn’t prepared for how big a relief it would feel to actually get so many eggs at the moment, I cried a lot.

The other low was after the actual freezing, which no one really prepares you for. It is such a numbers game and waiting to hear how many you have is stressful. You also bloat terribly afterwards which is pretty grim. You’re also on strong antibiotics and a drug for anti ovarian hyperstimulation, which can happen after freezing and it makes you feel pretty low. It’s a big hormone comedown and you just feel really uncomfortable. Your body is basically pretty busy trying to sort itself out and doesn’t know what the hell’s going on. Because it would normally mature one egg. And as far as it knows, in my case, it’s just made 22 mature eggs. So it’s like, what’s going on?? But I have to remember I am very lucky. Often people go through all of that and get very few eggs, so all the hormonal comedown is mixed with disappointment.

I realised that it is so easy for women my age to feel shamearound being single and not having a baby, and oddly, when they do this thing- egg freezing- which is so proactive and empowering, they are made to feel even more shame- which is ridiculous but true! So few women feel able to openly discuss it, which is why I wanted to do the podcast, to sort of break that stigma.

I think women who get their eggs frozen are actually doing this incredibly sensible thing. The science has got so good now, that if you’re lucky enough to get a good number it really might be useful down the line.

It can often feel like, as women we have only been put on this earth to do this one thing – have a baby- and that you are somehow failing if you don’t manage that, which is nuts but still a surprising metric we are measured by. You’ve got the background of all of that swirling around your head when you freeze your eggs on top of the sheer expanse, the emotions, the physical toll it takes – all of that combines to create so much angst. 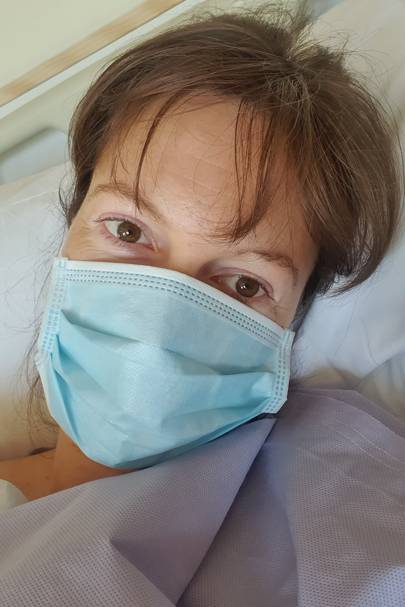 There’s a fair amount of privilege to freezing your eggs….

I was super conscious of wanting to convey that. I wanted to be really upfront that the only reason I was able to afford to freeze my eggs is because I had money from my book deal. I was really privileged to be able to do that. Apart from my flat- I have never bought something this expensive, it can cost around £5k. Also, a middle class white woman, I am absolutely who these clinics are targeting. I was hyper aware of that, and wanted to talk openly about it.

I interviewed an Egyptian woman who froze her eggs, talked openly about it and received so much backlash and even death threats online. The reason she wanted to have it was absolutely the same as me- she was career focused and wanted to wait to fall in love with the right person- but the way she was treated could not have been more different. In places like China and Turkey, you can’t freeze your eggs if you are an unmarried woman. Not only is there a financial privilege to being able to have your eggs frozen, there is a cultural one too.

You will learn a lot about yourself in the process…

I learnt I can inject myself! Which actually feels pretty hardcore- I almost felt like Beyonce. Mostly it gave me some breathing space and made me feel like it’s actually really, really OK that I am 35, single and with no kids. Although it is not a 100% insurance policy, it is a pretty good start to have my eggs in the freezer. It has definitely allowed me to relax.

Don’t let anyone in your head but you…

It is so easy to, in our mid 30s, panic and listen to headlines and parents and friends and family all getting in our heads and freaking us out. Thirty-five is built up to be this big scary age but it really is not the be all and end all at all and you need to remember that. It’s a huge decision to make, but try and drown out the noise and not let anyone get to you and freak you out! A lot of the statistics out there are not necessarily reflective of your chances, and they are broad pieces of research. Everyone’s chance of having a baby or successfully freezing their eggs is so, so individual, so go and speak to a doctor about your specific situation and do your own research.

Pregnancy Outcomes after ZIKV Infection in French Territories in the Americas