You realise a puffer is too extreme once you begin the inevitable I’m-late-power-walk to work (we daren’t even mention the prospect of one on a packed tube carriage), and a waterproof – we’re assured by the forecast – is unnecessary, but a short leather or denim number feel a tad unsubstantial standing on that exposed, blustery train platform come 7pm.

It’s official, the weather has turned. We’re no longer surprised by a sudden downpour and we’re certainly not expecting the occasional burst of sunshine to provide any sort of warmth. But on days such as today – deliciously bright but undeniably chilly – what sort of coat do we opt for?

The answer, if you’ve not worked it out yet, is the trench. Timeless but always fresh, warm but not suffocating, put-together but not formal, it’s the perfect outerwear option for almost every occasion, every outfit.

Do you want the great news? This season’s front runner isn’t by a high-end designer that you could only ever dream of owning, but rather a high-street e-tailer who you’ve almost definitely already got your banking and delivery details saved with. And who doesn’t love a speedy checkout?

ASOS’ trench game has always been strong, but this season’s offering is undeniably better than ever. And the best of a brilliant bunch is this belted, checked number. We’ll give you a minute to swoon… 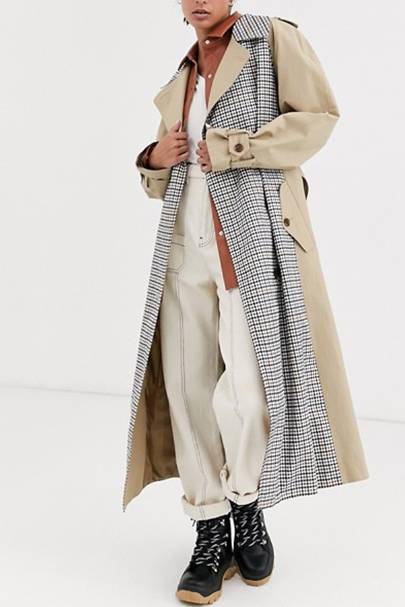 At £75 it’s perhaps a little more than you’d tend spend on a typical coat, but that’s irrelevant as this is far from ‘typical’.

Oversized in a flattering-not-drowning kind of a way, it has statement buttons and a belted tie waist for that extra cinch that certain outfits require. But, of course, it’s the spliced, panelled check to the front and back that really steals the show.

It’s also available in both the brand’s ASOS Design mainline as well as its curve offering. So many boxes being ticked… 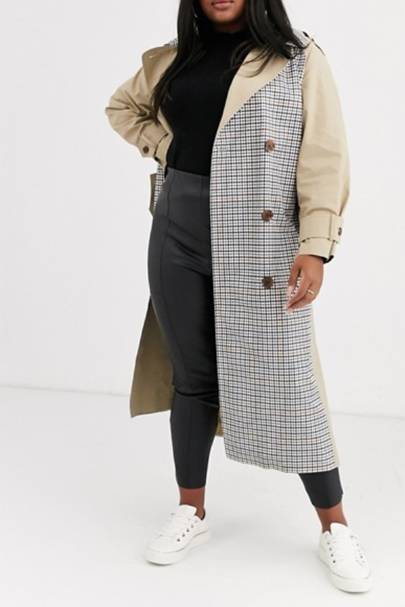 Speaking exclusively to GLAMOUR UK, ASOS revealed that this trench has, in fact, been their most popular of 2019.

“We have sold over 500 units in under 3 weeks. It’s been our best-selling trench this year, with so many influencers being seen in it.”

Unsurprisingly, influencers were indeed quick to catch on, with several posting pictures of themselves wearing the coat on Instagram to several thousands of rapturous followers.

Need we ask if you’re tempted? Race you to the checkout.

Get Up Close and Personal With