The report referenced the story of 17-year-old Lin Li, who took to China’s social media outlet, Xiaohongshu, to post about her desire to get double eyelid surgery and a nose job before heading off to college. The post quickly garnered thousands of comments from her peers, some recommending surgeons, others suggesting she try non-invasive techniques to alter her appearance before resorting to surgery. 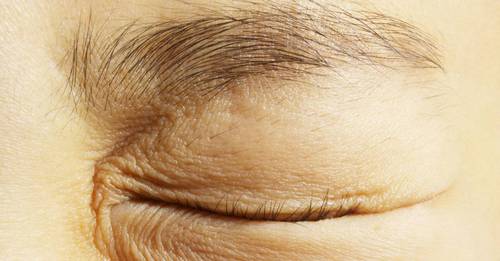 We’ve heard of people choosing to undergo cosmetic surgery and aesthetic treatments in order to boost their confidence, but what about to get ahead in their careers? Well, according to South China Morning Post, students are now going under the knife to boost their changes of getting ahead in school and beyond, as many believe that success is dependent on appearance.

While the figures refer to all types of surgery, from nose jobs to breast enhancement, there are certain procedures that seem to be particularly popular among younger generations. The most popular and most regularly requested is blepharoplasty, more commonly known as double eyelid surgery. Approximately 50% of Asians are born without a double eyelid crease, and this procedure can be used to create one. Many believe that the pursuit of the double crease is considered to be an attempt to Westernise appearance, while others point out that there’s record of the procedure dating back to the 1800s, before there was widespread Westernisation.

Whatever the origins, the surgery is not to be taken lightly. “Blepharoplasty may be performed for cosmetic reasons or to improve sight by lifting droopy eyelids out of the patient’s field of vision,” says Dr Melissa Doft. “The procedure is performed under local anaesthesia with sedation and involves removing excess fat and skin to restore a contour.” A full recovery takes up to six weeks, and the risks include infection, inability to close eyes afterwards, and blindness, although if carried out by a qualified surgeon in standardised conditions, the risk reduces.

The problem is, procedures are often not carried out under safe conditions, and there’s a problem with unlicensed doctors and irresponsible advertisements meaning that patients are at risk. According to the National Health Commission in China, a total of 2,772 cases related to illegal plastic surgery were handled by China’s health departments between May 2017 and May 2018.

However, it doesn’t seem to be putting prospective patients off, with the numbers continuing to rise, as well as attitudes changing to be more accepting of surgery. While we’re all for people making empowered decisions about their own body, we’re also aware that there’s a lot of pressure to conform to unrealistic beauty ideals, and that a person’s worth shouldn’t ever be based on the way they look.

These are all the *major* beauty buys coming, to Boots that we’re so damn excited about

Maximalist makeup is the ultimate antidote to bleurghh-face