Historically, GoT hasn’t always been incredible in its representation of women. The writers have been accused of sensationalising rape, trivialising violence against women and of course diminishing its lady characters with all the gratuitous nudity.

As for the characters, they’re quite often being kidnapped, raped, tortured, married against their will or murdered. It’s not easy living female in the seven kingdoms.

We all know what the best thing about Game of Thrones is. Not Jon Snow’s pert bottom. Not Jamie’s jawline. Not even the dragons. The greatest thing about the most epic show on telly is the women. Dany, Sansa, Arya, Cersei, Brienne, Lady Mormont, Melisandre, Missandei, Yara, that little girl who wanted to fight like her brothers (and the women who are no longer on our screens, RIP). They are courageous, they are ferocious, they are diabolical. They are among the greatest female characters on television; fierce, beautiful and frightening.

This week’s episode was a bit different. Sure, everyone is preparing to die a horrific death defending Winterfell/humanity, but in those final hours, the women did pretty well. We all know that Season 8 Episode 2 was written specifically to lull us into a false sense of safety and happiness, before the writers slaughter all our faves in the battle with the dead. But while we wait for that fateful fight, there were several completely wonderful moments that made it worth being alive. 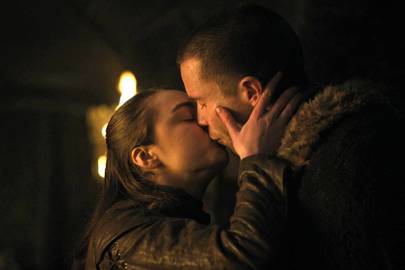 First of all, let’s talk about Arya’s sex scene. She basically decided she didn’t want to die a virgin and did precisely what she wanted to do: seduce filthy-handsome Gendry. The sex scene – and Maisie Williams’ partial nudity – was perhaps a little bit awkward because we’ve been so used to thinking of her as a child, but she is technically 18 years old and therefore perfectly entitled to get hers.

This was a sexual encounter on her terms, which is, frankly, quite novel on this show. It was a consensual, perhaps even empowering and little bit romantic shag. A shag we’ve been hoping might happen for a while, just like Arya. 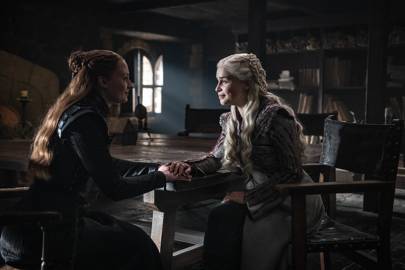 We also got a proper, intense interaction between Dany and Sansa, two of the fiercest women of the realm. Clearly Dany intended to get Sansa onside to amp up her influence, but the Lady of the North wasn’t having it.

She stood up for her territory and her family, showing just the sort of bravery and strength we’ve come to expect from her. Their hair and their outfits, by the way, were flawless. 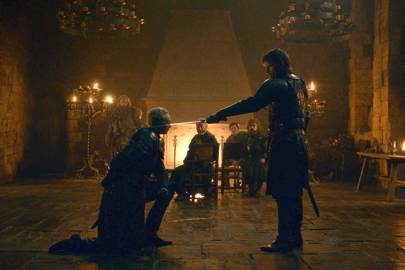 Then, of course, we got Brienne’s knighthood. A motley gang of characters were getting drunk the fire as they wait for their destiny, when the topic of knighthood came up. Sir Jamie decided to knight Lady Brienne, which is, not to make too big a deal of it, clearly the secret dream she’d been working towards her entire life.

He instructed her to kneel (Fleabag parallels, anyone?) and she received the title she so powerfully deserves. It was a genuinely lovely moment. Slightly tainted by the fact that surely she will die soon, because that’s just how this show works, but lovely nonetheless.

Next week: death. We’ve been promised one of the most epic battles ever – and Game of Thrones does not mess around when it comes to bloodshed. It was a relief and a delight, though, just for one week, to celebrate women – their achievements, their conflicts, their courage.

The Oscars 2019 is being plagued by, a series of behind-the-scenes problems