Anxiety is a funny thing, isn’t it? It’s funny that a thought so irrational (seriously – who else worries that a Twirl will kill them?) can feel so real. And so can the physical symptoms which come in tow. 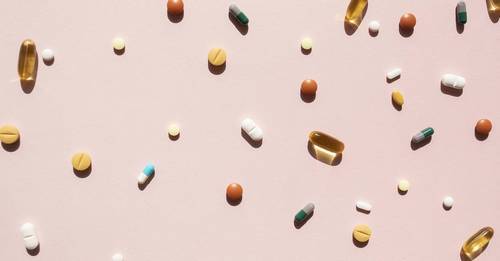 My heart was racing, my hands were shaking and everyone’s words sounded muffled. My eyesight had become so distorted that my laptop screen felt metres away and my temperature had sky-rocketed. Oh, and to top it all off, I was about to experience the most terrifying of heart palpitations I’d ever known.

That was at the end of last year. Nothing was actually wrong with me, per se – I was just in the midst of an almighty anxiety attack while sitting at my desk at work. When 5pm came, I jumped from my seat, declared I needed to rush home for a gym class and ran out of the building in a manner that can only be described as frantic. The reason for said panic attack? I’d eaten a chocolate bar and had convinced myself it was going to give me diabetes.

It’s those physical symptoms which have always been my sticking point. My heart races and I’m going to have a heart attack. I eat something sugary and I’m probably diabetic. Then I feel thirsty and I’m definitely diabetic. My legs ache and it’s a sure-fire sign of MS, or I have a stomach cramp and cervical cancer is, of course, the only explanation. It has been this way – on and off – since I was about ten years of age: normal changes to my body cause worries about my health which cause scary physical symptoms. And so the cycle goes on.

I’m not alone in worrying about my health. Health anxiety, often referred to as the silent epidemic, costs the NHS up to £420 million per year. It’s a condition that consists of a preoccupation with developing a serious illness, despite medical reassurance. It can be all-consuming, and since my anxiety often manifests itself physically before I’ve even had a chance to realise I’m worried, the multiple styles of talking therapy which I’ve tried have never done much good.

Following my aforementioned panic attack – which came as the peak of my last anxious period – I visited my doctor. Again. (I’ve spent a lot of time there over the years, reporting many a supposed ailments.) I informed her that the reason for my dizzy, panic-ridden episodes was that I was either A), days away from cardiac arrest or B) an undiscovered diabetic. Not content with her reassurance, she had me spend 24 hours strapped to an ECG machine, sent me off for a blood test and printed me a prescription. A prescription for Propranolol – a beta blocker which slows down your heart rate, reduces blood pressure and in turn, reduces the physical symptoms of anxiety. “Start taking this, three times a day, starting this evening,” she said. I grabbed it. No questions asked.

Propranolol is the most commonly prescribed beta blocker. According to the NHS, it works by slowing down your heart rate, making it easier for your heart to pump blood around your body. It’s usually prescribed for high blood pressure and other heart problems, but can also help with the physical symptoms of anxiety such as palpitations, sweating and shaking.

According to Dr Peter Tyrer, a professor at Imperial College London, beta blockers are “particularly effective when the main bodily symptoms accompanying anxiety are nervous tremor and heart symptoms (somatic anxiety) – as opposed to general tension and dread (psychic anxiety).” On top of this, their effects are immediate. After taking my first tablet (which should be taken at night, since dizziness is a common side effect), I felt like a weight had been lifted from my shoulders. Everything felt still.

“Many people with health anxiety get some benefit from beta blockers as the vicious circle (anxiety-palpitations/tremor, fear of heart disease, more anxiety) is broken by reducing the symptoms,” Dr Tyrer tells me. And that’s exactly why they’ve been so effective for me. An absence of physical symptoms meant I finally had nothing to fear.

Unlike many other mental health medications, you can’t become dependent on beta blockers – so I plan on taking them for the foreseeable future. Since they work for me, I don’t see any shame in that. Dr Tyrer explains: “Beta blockers have one great advantage – you cannot become dependent on them. Why not? Because they act (in the dosages used, which are pretty small) on the body, not on the brain. They reduce the heart rate and shaking (tremors) by blocking the effects of adrenaline and other hormones in the heart and in the muscles, but there is no effect on the brain.”

I’ve been taking my beta blockers for around six months now. I’m on a fairly low dosage (as most anxiety sufferers are), and I only tend to take one first thing in the morning (in contrast to the three a day I needed back in the autumn).

Living in the present is what beta blockers have finally enabled me to do. I’m not sat in a restaurant preempting a cardiac arrest, nor am I lying in bed worrying that the Krispy Kreme doughnut I ate will give me hyperglycaemia. My body feels still and calm, so my mind does too. And if I need medication to keep things that way? That’s more than fine by me.

Always consult your doctor before taking any medication.