Untimely treatment of cervical erosion can lead to the formation of malignant tumors. Erosion of the cervix is ​​one of the most common diseases. This diagnosis doctors annually record in millions of medical cards.

Erosion of the cervix is ​​a benign pathological process in the cervix, which leads to a change in the epithelium of the cervix. The disease can occur for a variety of reasons. One of the main reasons are sexual infections, dysbacteriosis of the vagina and inflammatory diseases of the female sexual sphere.

Also, the cause of erosion of the cervix can be the early onset of sexual activity or menstrual irregularity due to problems in the hormonal background. Traumatic occurrence of cervical erosion occurs during childbirth and abortion.

Upon examination, erosion is a bright red rounded area of ​​the mucous membrane of the cervix 2 mm to 2 cm in diameter at an early stage of development, followed by the formation of cysts and polyps in later stages.

Clinically, it can not be manifested in any way. Sometimes there are pain and spotting during intercourse, as well as pathological discharge from the genital organs, accompanied by itching and burning. Therefore, it is so important that a woman at least twice a year undergoes examination at a gynecologist. 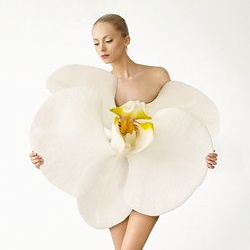 Causes of erosion of the cervix are huge – from sexual infections (genital herpes, human papilloma virus, etc.), which can enter the cervix without treatment, to mechanical damage and low immunity of a woman. Prolonged existence of erosion, lack of timely treatment can lead to irreversible changes in the properties of cervical cells and the formation of malignant tumors.

Diagnosis of cervical erosion involves examination with the help of vaginal mirrors and colposcopy. And in “He Clinic Novosibirsk” is necessarily held also video-colposcopy. When the diagnosis is confirmed, the treatment method is chosen. This issue should be approached with extreme caution, especially when it comes to a nulliparous woman. The most effective and painless method of treatment is the method of radio wave destruction applied by the specialists of “He Klinik Novosibirsk”: the doctors have modern equipment for diagnosing and treating erosion – the device of radio wave surgery “Surgitron” (USA).

Radio wave surgery is a non-traumatic method of cutting and coagulation of soft tissues with the help of high-frequency waves.

The radio wave section is performed without physical pressure on the tissue being cut. Of the finest wire, called a surgical electrode, high-frequency waves are emitted. The tissue impedes their penetration and at the same time releases heat, under the influence of which the cells in the path of the wave undergo evaporation and the tissues diverge to the sides.

Since coagulation and incision are performed without tissue destruction, the trauma is absent and healing takes place without post-operative pain and scar formation (scar). In addition, a significant advantage of this method is the sterilizing effect of radio waves.

Thus, radio wave surgery greatly facilitates, improves and speeds up surgical procedures. A radio wave can not be burned. After radio wave surgical manipulation, there are no such unpleasant postoperative consequences as pain, swelling, inflammation.

The use of radiosurgical techniques in “He Clinic Novosibirsk” makes it possible to cut sections of any configuration and given depth, even in a certain layer of tissue, to remove the formation of the skin and mucous membranes without suturing. When removing or biopsy neoplasms of soft tissues there are no bleeding and purulent complications. The duration of healing using the radiosurgical method is 2-2.5 times less than in patients after electrocoagulation.

Lovely ladies! Visit a gynecologist in a timely