Dove Cameron has graciously delivered some catchy tunes over the years, especially through her roles on Disney’s Liv and Maddie and the Descendants films.

Although we enjoy jamming out to the 23-year-old singer’s recorded bops, such as “Bloodshot” and “Waste,” we have to acknowledge her awe-inspiring live performances, too.

When she takes the stage, there’s no denying that her pipes are unparalleled. So look ahead to watch some of her best real-time productions!

Lizzo Responds to Accusations That She Plagiarized “Truth Hurts”

Lizzo is finally speaking out after being hit with plagiarism accusations over her single, “Truth Hurts.” The 31-year-old singer took to social media on Oct. 23 to share a statement addressing the songwriters who claim that she lifted her popular lyric, “I just took a DNA test, turns out I’m 100 percent that bitch,” from a song she wrote with them in 2017. 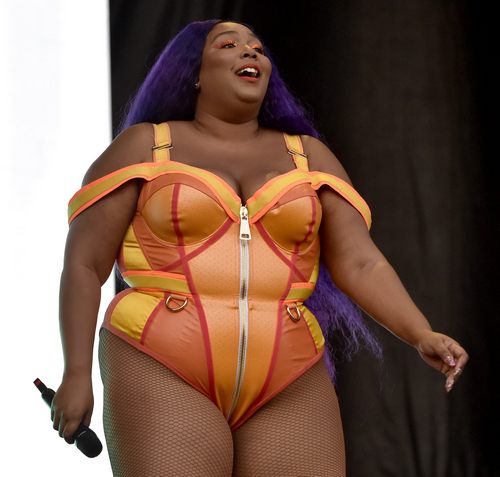 “As I’ve stated before, in 2017, while working on a demo, I saw a meme that resonated with me, a meme that made me feel like 100% that bitch,” she explained. “I sang that line in the demo, and I later used the line in ‘Truth Hurts.’ The men who now claim a piece of ‘Truth Hurts’ did not help me write any part of the song. They had nothing to do with the line or how I chose to sing it. There was no one in the room when I wrote ‘Truth Hurts,’ except me, Ricky Reed, and my tears. That song is my life, and its words are my truth.”

The demo Lizzo is referring to is a track called “Healthy,” which songwriter and producer Justin Raisen claims he and two other men helped cowrite in a video posted to Instagram last week. As Lizzo further addresses in her statement, she was inspired to use the line in question thanks to a viral tweet. “I later learned that a tweet inspired the meme,” she continued. “The creator of the tweet is the person I am sharing my success with. .. not these men. Period.”

“Truth Hurts” is currently on its seventh straight week at the top of the Billboard Hot 100.

The Trailer For I See You Is Haunting, Disturbing, and Basically Horror at Its Creepiest

There are different levels of scary when it comes to horror films, and the I See You trailer already has me convinced that it’s “Level 3: There’s No Coming Back From This, I’m in a Perpetual State of Terror” terrifying. The film, produced by Saban Films and Paramount Pictures, tells the story of Greg Harper (Jon Tenney) who is the lead investigator on the case of a missing 12-year-old boy. Harper struggles to balance the pressure of the investigation with his wife Jackie’s (Helen Hunt) own troubles as a more sinister problem lurks around them.

“Facing a recent affair, great strain is put on the family that slowly gnaws away at Jackie’s grip on reality,” the film’s official description reads. “But after a malicious presence manifests itself in their home and puts their son, Connor (Judah Lewis), in mortal danger, the cold, hard truth about evil in the Harper household is finally uncovered.”

I See You – which is is available in theaters, on demand and digital Dec. 6 – is directed by Adam Randall, written by Dexter‘s Devon Graye, and produced by Matt Waldeck. In addition to Helen Hunt and Jon Tenney, the film also stars Judah Lewis, Owen Teague, Libe Barer, Greg Alan Williams, Erika Alexander, and Allison King. As someone who has stayed awake all night after watching a scary movie, I already have a feeling this is going to be a “sleepless night” kind of film. Prepare to be scared and watch the full trailer above.