At 13 years old Hailee starred in the Cohen Brothers’s blockbuster movie, True Grit, received an Oscar nomination for Best Supporting Actress in the process and has rarely taken her foot off the accelerator since.

Two Pitch Perfect movies followed, another Golden Globe Nomination for coming of age tale, The Age of Seventeen, and a number of international solo hits – namely Love Myself and Starving – announced her arrival as a singer in her own right make for a jam-packed CV.

Reclining in the penthouse of Claridge’s, Hailee Steinfeld seems more comfortable in her own skin than ever before but so she should be. At 22 years-old Hailee has achieved more than most people even twice her age. But then again, she’s already been working for nearly a decade.

Now Hailee – who puts even the busiest multi-hyphenate to shame – is stepping into the world of TV as the sassy AF trailblazing 19th century author, Emily Dickinson. But this is not your standard period drama, as the writer is reborn as a misfit rebel who is partial to a bit of Lizzo – that’s right it’s set to a thoroughly modern soundtrack. In the hands of Hailee, Emily is very much a bit of us.

Here, Hailee opens up about how playing Emily taught her to be fearless in using her voice, why she is bored of the ‘woman are the future’ narrative and how she has learnt to respect herself… 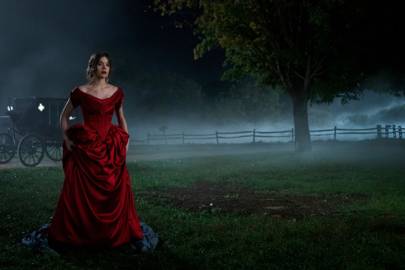 When you got the script through, how much of a surprise was this role to you?

A huge surprise which is instantly why I knew I wanted to be involved. It felt so different and unlike anything I’ve ever really come across. It is this beautifully written period piece about this literary icon but driven by urban music, has this modern language and modern sense of thinking. I just remember thinking, ‘this is so insane, and I need to be a part of it!’

What have you learnt about yourself from playing this character?

Quite a bit. Embodying this character, I’ve gained a fearlessness that I’ve always had but I’ve never used it in the way I’m using it now and will for the rest of my twenties. I have this more fearless approach to my art after playing this character that wrote absolutely everything down, had no shame and was so completely unapologetically herself in a time where none of that was ok or accepted but that didn’t stop her. I’m so inspired by that and excited by it. Being able to play this character who would do absolutely anything to receive education on a topic she was interested in – she did the wildest things. 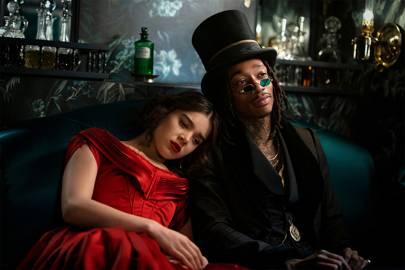 How are you going to use that ‘fearlessness’ in your own life?

In terms of my songwriting, I can already tell you after wrapping this show I went straight back to LA and right into the studio. Music has the same level of vulnerability as acting but there’s a more direct line to you, your story and your words. I have always felt that way about my music. As I get older and after playing a part like this, I’m more inspired to tell the truth and not shy away from it. In the past, I’ve sat down to write a song and even in the room with the people I’m with, I’m like I don’t want to tell them that part because it’s personal. I’ve gotten to a place where I surround myself with people, I’m really comfortable with who I have no problem being honest in front of. It’s all out there and I’m so excited about that. It’s definitely affected by writing.

There’s power in vulnerability, too…

People love authenticity, realism and vulnerability. That’s what I think about any art form that can bring people together. I feel so lucky that I can play parts that represent that but also in my own personal projects.

How frustrating do the find the ‘strong woman’ narrative being attached to female characters – because in my opinion, find me a woman who isn’t strong in her own way…

It is frustrating. Even the whole women are the future discussion, women are the future and past. We can’t act like they haven’t always been. I do feel very honoured to be a part of what feels like a movement in making more of that happen. We’re living in a world where we are wanting to use less labels but somehow, it’s still relevant and occurring. Thank you for acknowledging that because I’m playing this strong, female character because I identify with her for that reason. 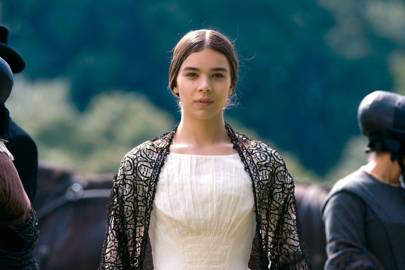 You are a singer and actress; how do you navigate being a multi hyphenate?

I take it one day at a time. It can be tough. There’s no denying it’s all a challenge but I live for it. In terms of working on music and acting, that’s constantly conflicting. If I could put music out for the three years, I haven’t put music out, I would, but when wonderful opportunities like, Dickinson come about. I’m away for six months. I care so much about what I do that I want it to be as perfect as it can be and that takes time. I’ve learnt to have a lot more patience. I have an incredible family and support system and I have them to thank for it.

Leading such an intense life, how do you look after yourself?

I’m getting a lot better at learning how to shut down. By that mean I mean turn my phone off. Just when the day’s over, taking the time to go for a walk or take a bath or go for a gym. Taking that time to reflect on what I have accomplished and giving myself more credit. I think more people need to give themselves credit. I think young women need to give themselves credit. I’ve definitely struggled with it but it’s something I’m working on and getting better at. 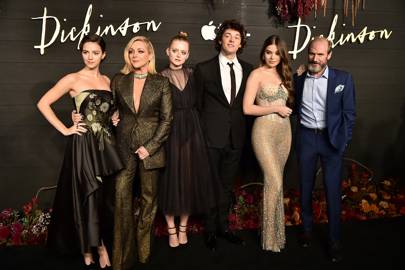 How have you learnt to stand up for your inner voice?

I do think, and I do feel so grateful for being surrounded with people who are shining examples of that, from the women in my life to the women and men I’ve worked with. They’re incredible people who are so passionate about what they do but in order to do what they do; they have to be in their right mind. I’ve learnt now more than ever, if I want to show up every day to work, I have to take care of myself. I need for people to respect that. Even working on Dickinson has been such an interesting experience because there’s still so many moments in my life where I do feel afraid to speak up and I’ll just deal with it when I shouldn’t have to. It’s been an interesting process and there have been moments like that during filming and I think I am here playing a woman who spoke her mind every day and is ultimately respected for that and I’ve shared moments with my castmates on this where we’re like, ‘we have to speak up!’ Learning there’s nothing wrong with that and no shame in asking for a bit of time or telling someone you need five minutes. If you don’t take those five minutes, you won’t be able to deliver. I’ve learnt through experience that I have to take care of myself and I know what I need to do to take care of myself.

It’s all about having faith in yourself…

I also think I’m going to be 23 years old and I’ve heard everyone be like this is the defining decade of figuring out who you are and I’m so excited about that. I’m in it and I think it only gets better as I get older. I do feel like I’m gaining that respect and trust for myself and the belief that I can do whatever I set my mind to.

What has surprised you and shocked you about the development of female rights from the time of Dickinson to now?

We have come a very long way. In doing research and learning more about that time that I wish I knew, in the grand scheme of things, not much has changed which is so wild. To watch this show and forget your watching a period piece because the themes are so relevant is quite scary but also shocking, exciting and empowering because I do think it’s such an eye opener in how far we’ve come and how much work there is to be done. To watch a show about this human who I think in many ways paved the way for women today is really special. To think she was entirely unknown as a writer in her lifetime outside of her time is so shocking. To come full circle and have Emily Dickinson represented in Times Square on a billboard in NYC is pretty wild.

You constantly seem to be picking projects with a strong sisterhood narrative. What has your career taught you about the power of camaraderie and sisterhood?

One thing I know from acting for so long is that you really are nothing without the people around you. There are hundreds of people around you to help you whether that’s to help you look like you didn’t get two hours of sleep or help guide you and protect you. As I get older, I’m a perfectionist and like to do things on my own but there is so much power in accepting that together you can accomplish great things and sometimes greater things. Working on a show like this with a female writer, creator, producers, cast and showrunner – and of course we have some wonderful males who helped push this along, too – but to have this driven by a female is so inspiring. Females have been the future, past and present and always will be, truly, because no one could do anything without them – literally!

What costume dramas did you have on set?

The first week of filming wearing corset! It’s very hard to complain given the women at that time had no choice. I could loosen mine up at lunch and take a breather. They tailored our dresses to fit over the size of the corset and that was when the size of the corset was cinched so we have very little room to loosen it up. I remember in my fitting I was pushing out to buy myself some room to have snacks throughout the day. I will tell you after lunch the first day of shooting, we put that corset back on and I was like this is so incredible painful and everything is stuck in my chest. There are also so many layers of petticoats so going to the bathroom is such an issue. We ended up having the conversation of can you build some sort of situation into these long johns where there’s a onesie flap situation as I’d like to go to the bathroom alone?