Speaking in our unfiltered cover interview, Chrissy stopped the chat in her Beverly Hills living room to demand a debrief about Love Island.

Chrissy Teigen is a queen, fact. But one thing you may not know about her is that GLAMOUR UK’s latest cover star for our spring/summer 2020 issue is also a huge fan of British reality TV.

“When are we going to talk about Love Island?” Chrissy screamed. “We watched it last night. John and I are still on season one. It’s so brutal. I love the bit where they went out with Calum Best. We were dying. I had to explain to John who Calum Best was!”

“John, what didn’t we understand about Love Island the other day?” Chrissy shouted to her husband in the kitchen. “There was one thing that wasn’t in the Love Island dictionary I created on my phone,” she laughs. Ushered over, John confirmed: “There are so many things. Like ‘mugging off’ and ‘pied’!” 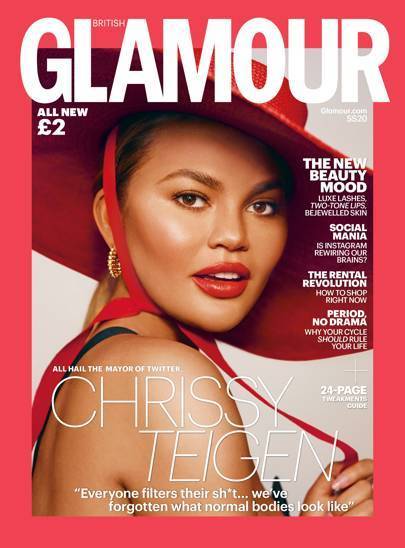 Chrissy went on to share her advice for a Love Islander. “Don’t fall in love with people straight away. They will say, ‘he’s mine’. And I am like, ‘you just met!’” she said. “Me and John took a long time to get to know each other. You have to really know someone before you take a deep dive into a relationship.” 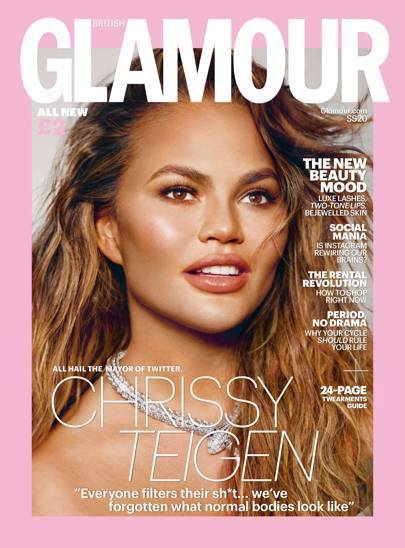 So, it seemed only right that to celebrate the release of Chrissy’s three collectable covers, we sat her down to record a video of her reacting to British Reality TV.

From screaming, “has he got a boner,” whilst watching one of the most jaw-dropping scenes in Naked Attraction history to reviewing Maura’s iconic ‘fanny fluttering’ entrance into the Love Island villa, the video wasn’t only entertaining for Chrissy, it was educational, too. 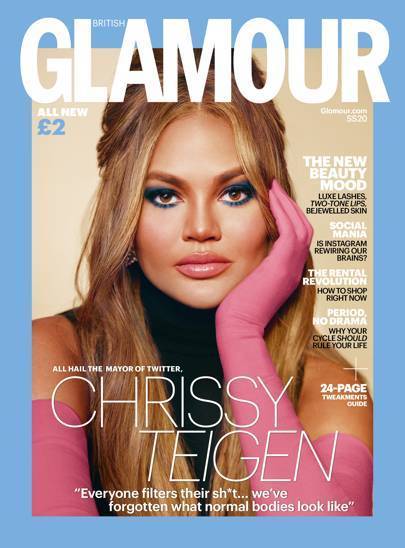 In the video, Chrissy learns that British people call a vagina, “a fanny,” discovers Gemma Collins for the first time and reveals that she, “hasn’t been flirted with in so long,” and goes in on the penises on display in Naked Attraction.

Readers reveal the most sexist things people have said to them