The Hills: Every millennial’s favourite drama-packed MTV series that was packed to the rafters with make-ups, break-ups and Lauren Conrad’s impeccable head of hair. I’d go as far as declaring more iconic than Jennifer Aniston’s. As anyone who follows LC on Instagram will know, she has only entrusted one woman with tending to her tresses basically since birth. Enter: Kristin Ess.

Kristin Ess, a celebrity hairstylist, colourist, social influencer and co-founder of thebeautydepartment.com, began with a simple idea: create an affordable collection of luxury haircare and styling products that would give everyone the chance to create ‘modern, perfectly imperfect hair’.

With over twenty years of expertise as a top hairstylist and colourist, Kristin has developed a range of cleansers, conditioners, dry and wet stylers that we’ve all been waiting for since Justin Bobby left our TV screens.

As they launch in Boots, I was desperate to test out some of the signature range for myself in a desperate attempt to be more LC. I tried out the Kristin Ess Hair The One Signature Shampoo and Conditioner, both £11.

I’m naturally brunette but have been highlighting my hair blonde for several years now and the lighter I go with my colour, the dryer and dryer it gets. I am also pretty much addicted to my hair straighteners and curling wand and try as I might to always use a heat protectant spray, it often slips my mind. I’m looking for a nourishing shampoo that deeply conditions my frazzled ends, keeps frizz at bay and gives my hair a glossy shine. Is that really too much to ask?

After spending many years as Lauren Conrad’s right hand woman, Kristin has clearly adopted LC’s knack for aesthetically-pleasing things; this entire range is practically begging to be a part of your next #shelfie.

The magic behind the products is that each one is formulated with Zip-Up Technology, a strengthening complex designed to ‘zip up’ split ends and smooth the appearance of damaged cuticles while helping to protect hair from environmental stressors and colour fade.

I started with the shampoo, which had a slight banana fragrance, and that Kristin describes as ‘the shampoo for pretty much anyone’.

“The thing I love about this formula is it gets your hair super clean but also leaves it feeling moisturised and looking shiny,” she said. “It’s hard to find a shampoo, particularly a sulfate-free shampoo, that can do both so well.”

She’s right; I’ve noticed that a lot of new sulfate-free shampoos I’ve tried don’t lather up as much as I’d like so this was a welcome addition to my current haircare regime as it was super foamy and left my hair feeling thoroughly cleansed. I’d usually go in for a second shampoo but after the first with Kristin’s shampoo, I didn’t feel the need to. I then applied the conditioner, which was weightless and super softening.

As soon as I stepped out of the shower, my hair felt uber nourished – even though it was still soaking wet. As I blow-dried it, I noticed a visible difference in the condition of my hair; frizz was a distant memory and I barely needed to use my straighteners as it was so damn sleek and glossy.

I may not resemble LC (sobs) but this is the best shampoo and conditioner I’ve tried in a really long time. My hair feels healthier and softer than ever and I can’t stop touching it. Welcome to the UK, Kristin.

America’s most major beauty brand, is coming to the UK, and GLAMOUR readers can shop 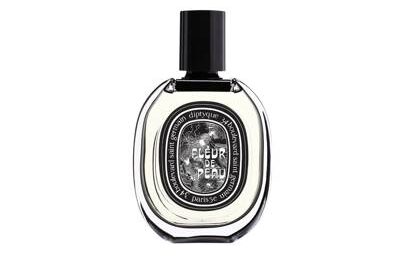