If you haven’t dedicated 6 hours of your life to binge-watching the hit show, allow us to summarise. The brainchild of Darren Star, the creator of Sex and the City and Younger.

The 10-part Netflix series follows American Emily (Lily Collins), a marketing exec who gets seconded from Chicago to Paris – not speaking a word of French but hoping her dazzling wardrobe and vast social media following might help her tackle the frost workplace and new city. Luckily, new friends Minty (Ashley Park) and Gabriel (Lucas Bravo) take her under their wing, plus there’s a rather dishy chef living in the apartment downstairs.
No, we’re still not quite over Emily in Paris either.

As well as drooling over Chef Gabriel and lusting over Emily’s handbags, there’s another facet of her wardrobe we can’t quite get enough of; and it seems we’re not alone.

According to stats from fashion search engine, Lyst, there’s been record search enquiries into Emily’s hats since the show graced Netflix. 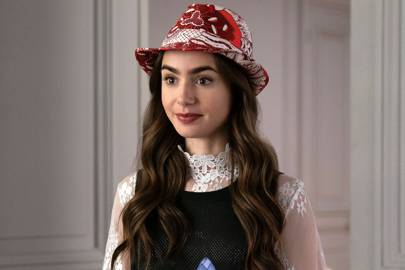 And there’s one particular style we’re all desperate to emulate with searches for bucket hats booming by 342% after all 10 episodes dropped on Netflix on the 2nd October. Avid fans will recall that in Episode 7, “French Ending,” Emily wore a Pink Kangol Panama Bucket Hat, which was the perfect accessory for enhancing her naturally heavy brows.

And in Episode 5, “Faux Amis,” Emily plumped for a plaid Kangol Bucket Hat, which we think is the perfect autumnal head accessory. Whilst she has a penchant for Chanel totes, Emily’s hat wardrobe is a touch more affordable; you can get your hands on a Kangol bucket hat for just £46; after all, it would be the most effortless way of concealing bed head. 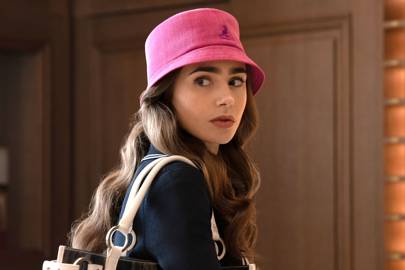 And, of course, Emily has a penchant for a beret, with searches for the iconic French accessory soaring 41% after the show landed on Netflix. In episode three, Emily paired her Veronica Beard plaid blazer with her now-iconic red beret. The good news?

You can get the look for a tenner via this red wool beret from ASOS. 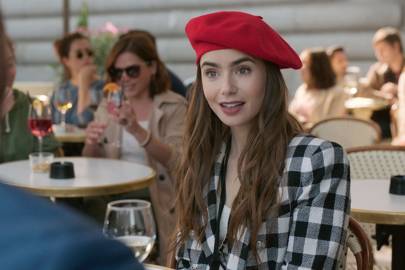 Dressing like a French girl in London, here are my styling tips