The mastermind behind the three Pitch Perfect films, Kay Cannon, who also directed, Blockers, will be leading the project which is set to be, “a modern reimagining of the traditional tale of the orphaned girl with an evil stepmother, with a musical bent thrown in for good measure.”

Camila Cabello had the best-selling single in THE WORLD last year with Havana and the singer is showing no signs of slowing down as she is taking on the iconic role of Cinderella in a new film adaption, following in the glass-heeled footsteps of Lily James.

According to The Hollywood Reporter, Camila will not only act but also be “integrally involved in the music for the film.”

Apparently, the idea merchant behind the latest Cinderella film is non other than James Corden, who is stepping up to produce the movie. If it’s anything like Carpool Karaoke, Cinderella 2.0 is set to be a massive hit. Alas, the movie has no release date yet so you will be waiting well past midnight to get a glimpse of Camila as Cinderella. 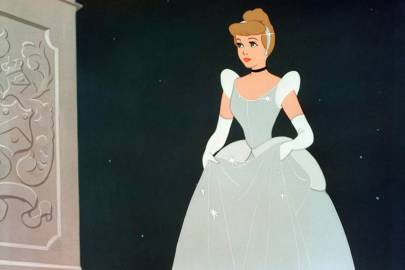 Camila shot to fame as a member of X-Factor USA’s most successful product, Fifth Harmony, before she surprisingly left the group at the height of their fame to work on solo material.

And what a set of solo material it was, with her debut – aptly named, Camila, album reaching number one in the USA album charts and garnering the singer two Grammy nominations.

There is no stopping Camila Cabello and we couldn’t be more here for a Latin Cinderella, it’s about time, too.

Readers reveal the most sexist things people have said to them