Enter Marco (Taylor Zakhar Perez), a transfer student who is hot enough that even Elle can’t resist listing out his many physical virtues over the intercom (by accident).

The two naturally fall into each others’ orbits at school, but it’s not until Lee convinces Marco to help Elle with a Dance Dance Revolution contest to help pay for her college tuition that the sparks fly. Marco is just cocky enough to remind us of Noah, but his playful nature and smooth charm are almost an antithesis of the older boy’s darker personality. It’s easy to see why Elle’s drawn to Marco in the absence of Noah, especially when she feels unsure about the latter’s faithfulness because of his past.

Much like the film that came before it, The Kissing Booth 2 is a thrilling rollercoaster through the emotional turmoil of high school besties Elle (King) and Lee (Joel Courtney). Picking up where the first film ends, the sequel follows the two as they tackle their senior year and their much more complicated love lives.

No, this isn’t the kind of rom-com where best friends realize they truly belong together (though maybe it should be); instead, fans are left on the edge of their seats wondering if Elle and Lee’s brother Noah (Jacob Elordi) are going to survive that wild beast known as a long-distance relationship. Well, take a deep breath, folks: they pull through! But it definitely isn’t a smooth journey. 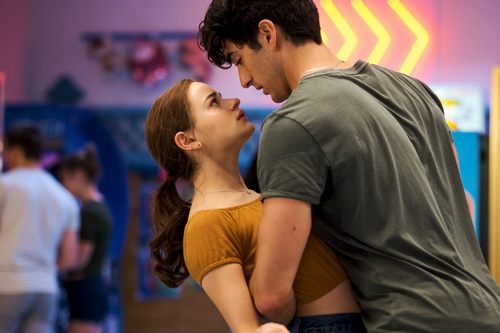 When we jump back into the action, Elle has decided that the best way to be a non-clingy girlfriend is to “give Noah some space.” Unfortunately, her version of space is ignoring his calls and texting back monosyllabically. When Noah confronts her about this – resorting to calling the school since she won’t return his messages – Elle realizes that she’s been alienating her boyfriend in an attempt to be mature and the two plan to be more communicative with one another.

Elle learns more about Noah’s life at college, which introduces her to the presence of his gorgeous peer Chloe (Maisie Richardson-Sellers). Elle’s jealously and insecurity causes her to suspect her boyfriend is cheating on her, which prompts her to start pulling away from him once more.

It all comes to head during the big Dance Dance Revolution contest, which Noah secretly attends as an audience member. Elle and Marco perform their routine perfectly, and in a moment of euphoria, Elle kisses Marco. The move is reminiscent of a previous scene where Marco almost kissed Elle but backed down when she got spooked. This time, Elle makes the move and is overjoyed – until she spots Noah in the crowd. The older boy is heartbroken and the couple lashes out at one another during the following Thanksgiving dinner with their families.

After a tearful reunion that does not take place at the kissing booth or the airport, Elle and Noah make up before he goes back to school. When they get back to school, Elle admits to Marco that even though she felt something between the two of them, he isn’t “the one.” 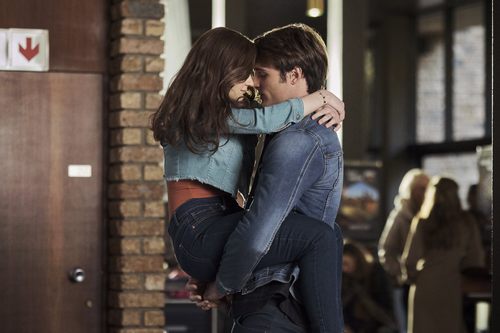 Marco’s wistful stare towards Elle at their graduation tells us that things aren’t quite so cut and dry between them, but we can’t be too sure until Netflix gives us the third movie!

In the end, even though she’s made up with Lee and things are going perfectly between her and Noah, Elle lies to the Flynns and tells them that she was waitlisted at both Harvard and Berkeley. Of course, she was accepted to both and now has to decide between going to Berkeley with her best friend at her mother’s alma mater, as they planned for years, or going to Harvard to be with her boyfriend. Ah, to be young and in love again!

Lewis Hamilton have shown that racism is a human rights issue

Happy Birthday, Kate Middleton! Here are all the reasons why 2020 was the Duchess of Cambridge’s year