1 Roast (or grill) the eggplants: Preheat oven to 400°F (205°C). (Alternatively you can grill the eggplant, in which case, prepare the grill for medium high direct heat.)

Line a sheet pan with foil. Spread olive oil over the bottom of the sheet pan, and sprinkle evenly with salt. Place the eggplants cut side down on the foil lined pan. Place in oven and cook for 35 minutes, or until completely cooked through and very soft.

If grilling, cut the eggplants in half lengthwise, and poke the skin sides with the tines of a fork. Brush the cut side with olive oil and sprinkle with salt. Grill cut side down until lightly browned and cooked all the way through. If the eggplants brown too quickly, turn them over and finish the cooking on the skin side.

Once the eggplants have cooled to the touch, peel off the tough outer skin and discard. 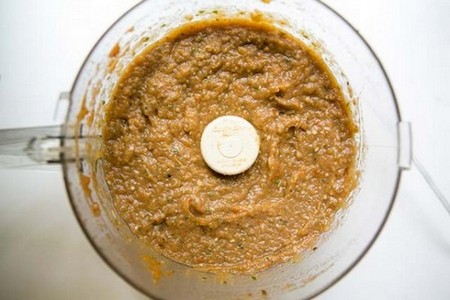 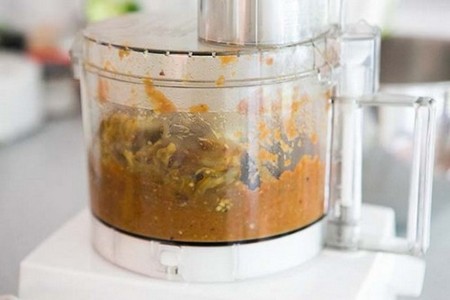 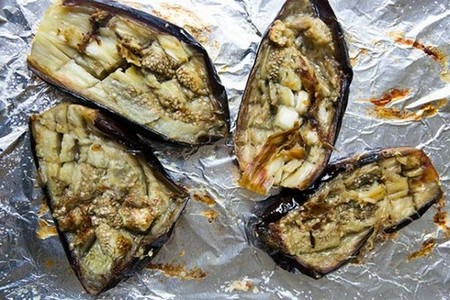 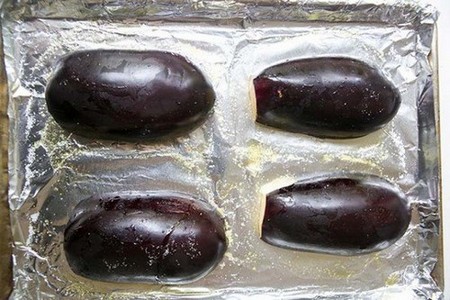 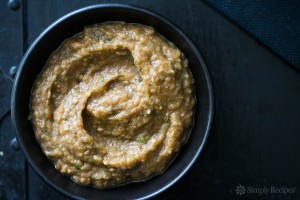